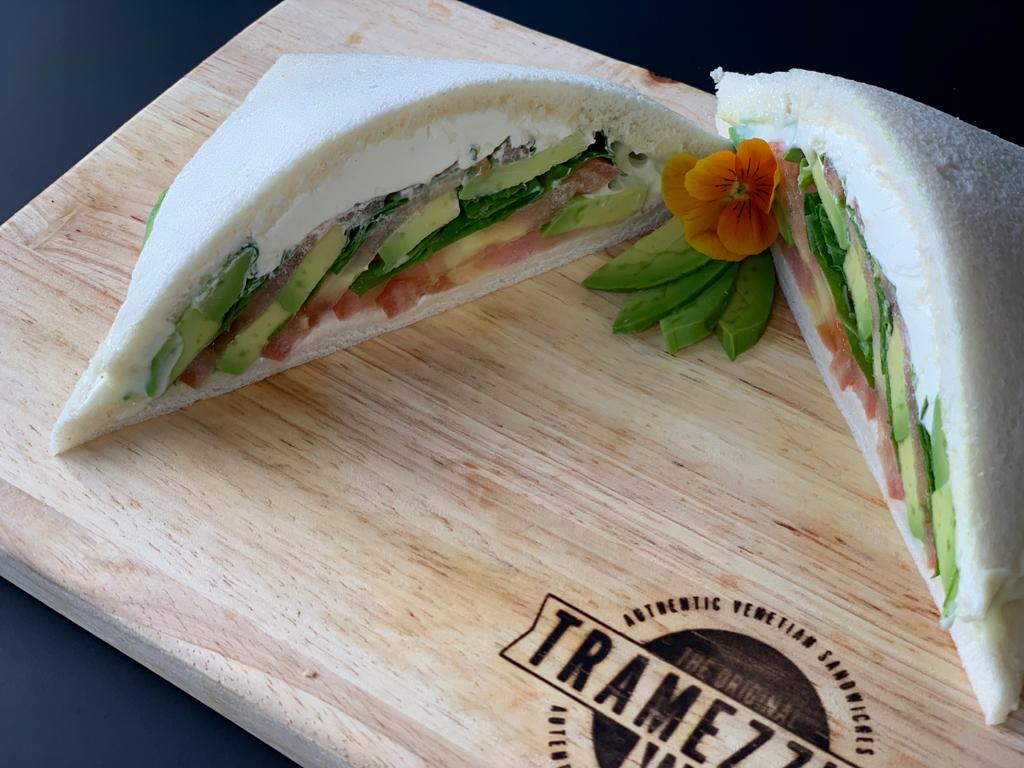 The most delicious sandwich in the world, the Venetian tramezzino, has landed in New York. It was 2016, four years ago, when in entered the Brooklyn’s Smorgasburg, the weekly Street Food market. About ten square meters with gazebo and tables to be opened on weekends to serve the inhabitants of the Big Apple an exquisite gastronomic novelty. The Venetian sandwich, the one that in the lagoon city is commonly found in all places to accompany an aperitif or to have a short snack.

Two slices of sandwich bread (thicker and more elastic than the simple toasting bread) stuffed with a rich salty filling that is declined in different flavors according to the ingredients that compose it. That first experience of street food in Brooklyn in just over a year has become a store in Manhattan, on the Lower East Side, in addition to being a registred brand. The first exclusive Venetian tramezzino shop in the United States of America. Destination of many inhabitants of the area but also of the many tourists who until before the Coronavirus emergency (the hope is that the situation will normalize soon) were in New York.

A success story for three young Venetians, the brothers Filippo and Massimiliano Paccagnella and Davide Pedon. The Paccagnellas come from the province of Venice, Pedon from Padua. In 2015 Filippo and Massimiliano, the two founders, came up with this idea. Filippo had a degree in Architecture and he graduated in the lagoon city. Then he’s been working for thirteen years in New York and his brother Massimiliano, manager in a restaurant, joined him a few years later. They’ve been living in the Big Apple with the memory of those delicious sandwiches that “broke” their Venetian days. In 2017, co-founder Davide Pedon, an entrepreneur in the baking sector, joined this couple. And then, the opening in Manhattan of Tramezzini NYC, Authentic Venetian Sandwiches, the first and only shop of authentic Venetian sandwiches in the United States from the East Coast to the West Coast.

Simple and essential products make the tramezzino a real delicacy

“New York City is a very difficult city to open a business – explains Filippo Paccagnella – but the first years I spent in Manhattan helped me. Beyond the positive welcome made to our sandwich for its flavor, we understood that it was important to make Americans understand what they actually ate. Our “transparency” has been highly appreciated. The simplicity of the product and the essentiality of the ingredients intrigued. To enter Smorgasburg we had to pass, among other things, a tasting test. The four selectors of our jury ate 27 of them… As if to say that the Venetian sandwich was liked not only because it was a novelty but also because it was really tasty”.

Tramezzini NYC is open for retail sale but has depopulated mainly in catering services. “Among our loyal customers (which we hope to find again after the Covid emergency is over) we have large companies such as Apple, Facebook, Instagram, Verizon and numerous media marketing agencies. The Lower East Side is a very lively area, we happened to cross Al Pacino too…”. The secret of such success certainly lies in the novelty of the product but also in the quality of the ingredients.

“Bread arrives every week from Veneto. Mozzarella, buffalo mozzarella and San Daniele raw ham are also produced in Italy. For other ingredients, such as vegetables, we rely on some farms with organic products from the Upstate of New York. We offer twelve different types of sandwiches”. Which are the most popular? “The absolute favorite one is filled with porchetta and sweet peppers. Number two is the sandwich stuffed with mozzarella, raw ham and rocket. The third place is Philadelphia cheese, smoked salmon, avocado and glazed onion. This latter is perhaps the strangest, but very, very welcome”.

To stay in line with American habits, the three Italian entrepreneurs have also thought of a sweet tramezzino. “But it is mainly for children – says Paccagnella – We invented and had great success with the hot sandwich in the oven, just to meet the temperatures of New York City which in some days can be very rigid”. What are the ingredients of this success? “First of all, the novelty of the product on the American market – concludes Filippo Paccagnella – but also the perseverance, passion and dedication that we have for our business. We can work up to 74 hours a week. To this we must add the great friendship and strong bond between the three of us”.