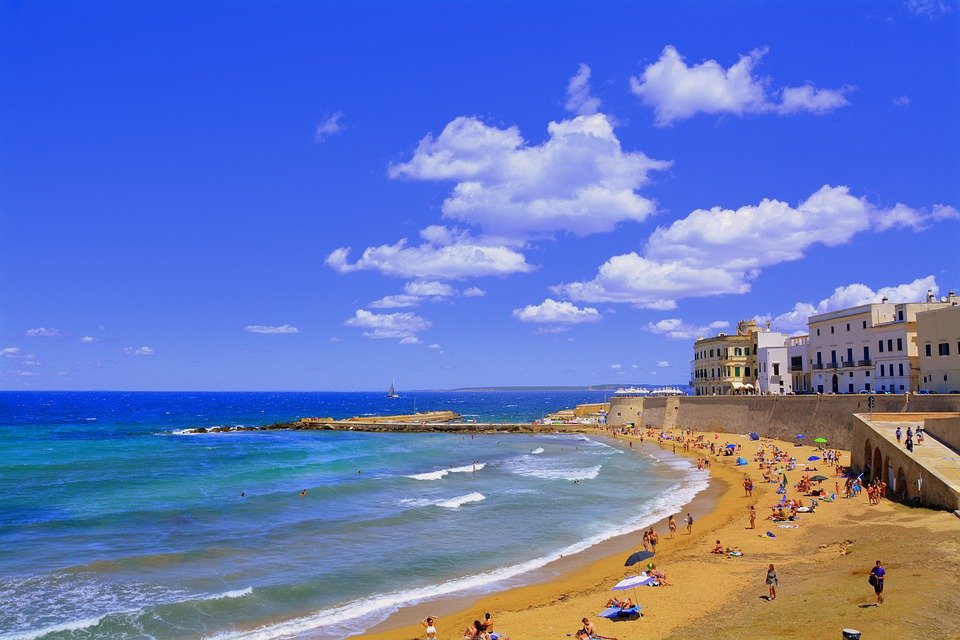 Gallipoli, protagonist of the summer in Salento

Gallipoli is one of the most loved cities of Salento. For years it has been considered the undisputed protagonist of the Apulian summer. Its name derives from the Greek “Kale polis”. It means “beautiful city”. In fact, it shows itself in all its splendor to the numerous tourists who storm its postcard beaches every year.

Over the centuries the city has known several dominations. The Spanish period contributed to increase its craft activities and merchant traffic. Thanks to this domination, the city subsequently became increasingly rich and important. During the Bourbon period, it became the district capital. Instead today it is a tourist city. Every year it receives important awards.

A maze of narrow streets and baroque churches

The historic center of Gallipoli is characterized by a maze of narrow streets. From this feature it is easy to trace its Greek origins. Also on the sides of the alleys there are ancient buildings and baroque churches. In all there are twenty. In addition to the latter, eight deconsecrated are added. Among the churches that deserve to be visited the Cathedral of Sant’Agata stands out. It is considered a true architectural baroque masterpiece. In addition, another characteristic church is the one dedicated to St. Francis of Assisi. Note because inside there is a wooden statue depicting one of the thieves crucified next to the Savior. We are talking about the Malladrone Statue.

The undisputed symbol of the beauty of this Salento town is the imposing Angevin-Aragonese Castle. It can only be visited externally. In fact, tourists can only access the highest area called Rivellino. In summer, this area transforms into an open-air cinema where interesting and unmissable art films are organized.

In the center of Gallipoli precisely near the bridge that connects the old part with the new village, there is a beautiful Greek fountain built at the end of the 16th century by a local sculptor. It is considered a work of vivid realism. It is a mythological representation. In fact, scenes representing the three metamorphoses of the goddesses Dirce, Salmace and Biblide are carved on it.

The most beautiful beaches of the Ionian Sea

Gallipoli is part of the Ionian coast. Therefore its beaches are characterized by white dunes. The latter are interspersed with cliffs that open to beaches and create real hidden corners. Every year we find this area at the top of the Legambiente rankings. Among the most crowded beaches for tourists we recommend La Purita, Baia Verde, Punta della Suina.

They are so loved because they look like sandy bays surrounded by a suggestive Mediterranean scrub. Therefore they resemble the beaches of the Tropics admired in postcards. Gallipoli also offers the opportunity to enjoy wild beaches such as Lido di San Giovanni, Punta Pizzo, Lido delle Conchiglie or Rivabella. In fact, they are ideal for those who love tranquility and contact with immaculate nature. This is the area to enjoy intense hours of relaxation and tranquility.