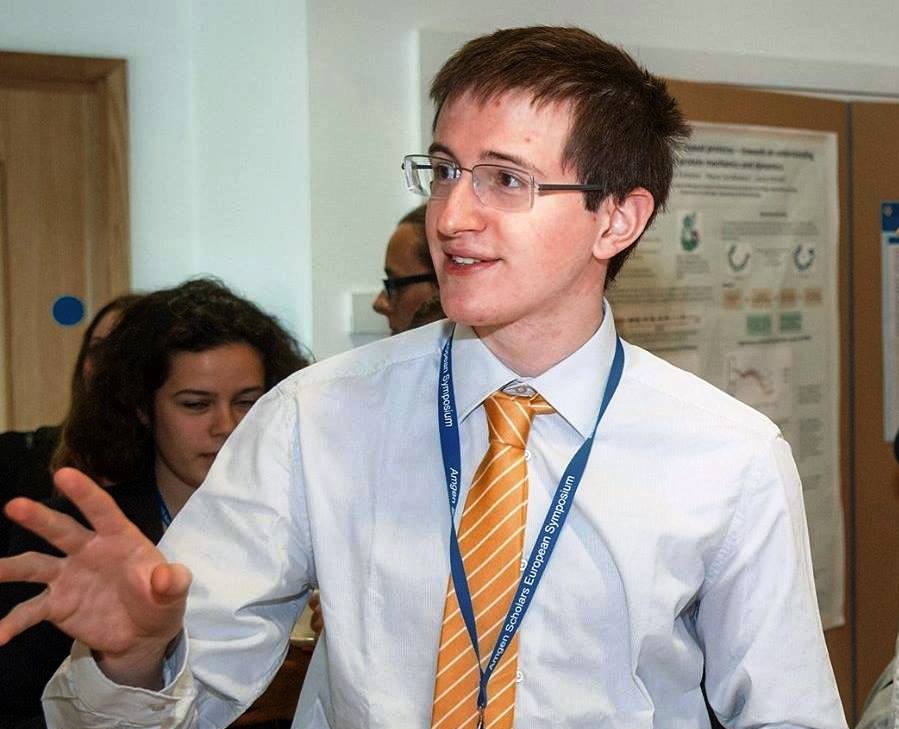 He’s twenty-five and he shows promise in medicine and science. But woe to consider him part of a “brain drain”. He has its roots well anchored in Italy even if his name is already a big bet internationally. We are talking about Giulio Deangeli, an all-Italian excellence. Student in Pisa and close to the medical degree. He has earned five scholarships in Cambridge and many contend for it. Because he is undoubtedly good but also an excellent person who is socially committed.

Giulio Deangeli from high school to university and many achievements

He is medical student at the University of Pisa but he also carried out many projects in research, volunteering and scientific popularization. Giulio Deangeli as a high school student was the only Italian to get on the podium of the International Brain Bee – Ibb, the world neuroscience championship. And he hasn’t stopped. He has won three official scholarships from the University of Cambridge, outperforming the competition. In fact, he has passed a selection process involving around 22,000 candidates every year internationally. He was named Vice-Chancellor’s Award: he is among the 24 European students awarded the highest honor by the University of Cambridge. And then winner of the MRC Dtp Grant of the School of Clinical Medicine and of the Darwin College Studentship of the British university. Two more scholarships: from the Hevolus Innovation Scholarship, conferred by the homonymous company, Italian partner of Microsoft and the Ermenegildo Zegna Founder’s Scholarship.

Teachers who have known and appreciated him in these years are proud of these results. “Giulio Deangeli is a boy out of the ordinary in many respects, the human one above all – commented the rector of the University of Pisa, Paolo Mancarella. His results stem from a precious talent combined with an innate leadership ability that is allowing him to emerge internationally. I am proud that our University has been able to enhance him and make him grow, giving us a young researcher who will certainly make a significant contribution to the development of our country. In a delicate moment like the one we are experiencing, he is reassuring to know that the future of Italy is in the hands of guys like him.”

The recognition of the 25-year-old from Padua goes to his university and to those who believed in him. “My love for science has always been visceral – says Giulio Deangeli – but I must thank the extraordinarily stimulating academic environment in which I found myself in Pisa if today my most ambitious projects are materializing. I have a deep feeling of gratitude to my university and my country, for putting me in the best conditions to pursue my dreams”. Research projects include one in the field of neuroscience, neurodegenerative diseases, with the PhD in Clinical Neurosciences at the University of Cambridge. “Neurodegenerations constitute a social and scientific problem of colossal proportions – explains Deangeli -. I have no doubt about the choice to devote my life to making my contribution to fighting this tragedy.”

The team of scholars the young Paduan will work with

A working and research group on high level neurodegenerations. In fact Giulio Deangeli will work with Professor Maria Grazia Spillantini, Fellow of the Royal Society and discoverer of alpha-synuclein (the central protein of Parkinson’s) as well as scientific heir of the Nobel Prize winner Rita Levi-Montalcini. And Professor Michel Goedert will be the co-supervisor, awarded the Brain Prize in 2018 (the Nobel Prize in Neuroscience), Fellow of the Royal Society. “This is an opportunity of immense scientific depth – underlines Deangeli – both for the immeasurable caliber of the two teachers who will follow me, and for the repertoire of ultra-advanced techniques to which I will have access, such as CryoEm, Super-Resolution Microscopy and Clem, in which Cambridge is the spearhead worldwide.”

The recognition of deputy Chancellor’s Award / Cambridge International Scholarship is awarded for academic and research merits to the best 250 candidates across the university. The young Paduan will also have co-financing from the exclusive Darwin College.

A short but significant career of Deangeli

The 25-year-old arrived at the University of Pisa in 2014. First in the admission test to Medicine, first in the national competition for access to the Sant’Anna High School. And another success after another: first in 2016 at the European Amgen Scholars Symposium of the University of Cambridge and, in 2018, at the Harvard iGem Biohackathon of the University of Harvard. In addition, in 2013 he had won the Neuroscience Olympics, the Italian phase of the International Brain Bee – Ibb. He is runner-up in the world, the only Italian so far to have risen to the world podium in this competition.