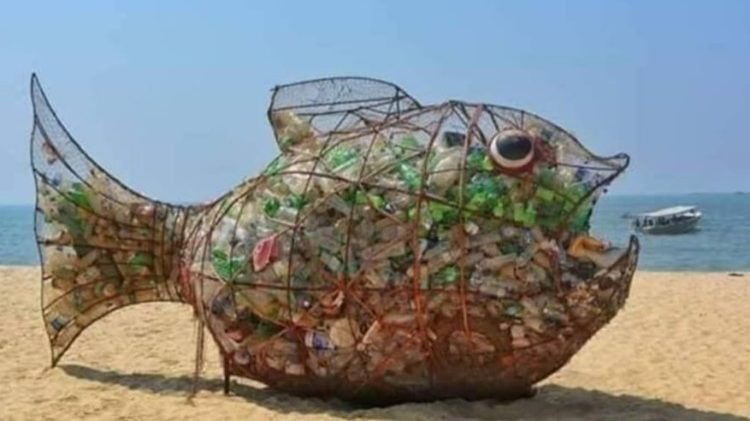 Plastic-eating fish: a new ally of the environment

Plastic-eating fish has arrived on Italian beaches. But what is it and what is its function? The initiative, aimed at protecting the environment, serves to raise awareness of the separate collection of plastic and limit pollution. The pioneer locations that had the honor of welcoming the friendly fish are those of the Sicilian coast. But given the importance of the issue felt globally, it certainly won’t be long in coming to other cities. Let’s discover more about the plastic-eating fish.

Plastic-eating fish to protect the territory

Many, having reached the beach of San Leone in Agrigento, wondered what that huge fish placed on the sand was. An original sculpture? A game for children? The hypotheses certainly will not be missed, but soon the news of its important role has spread rapidly in the areas involved. The fish is meant to eat plastic! What does it mean concretely? It means that its interior has been designed to contain all the plastics of bathers and prevent some of them from throwing such waste in places that are not suitable for the intended separate collection. And so water bottles, sunscreen bottles and any other plastic object or container must end up in the mouth of the big fish.

The plastic-eating fish are built in wrought iron all the same size, 2 meters for 80, and have a shape that is as original as it is aesthetically engaging, able to capture the attention of passers-by. The praiseworthy initiative is the work of the Cucchiara Workshops and from the beach of San Leone it soon spread to other beaches in the Agrigento region, including Sciacca, Porto Empedocle and Menfi, reaching as far as Lampedusa. But the plastic-eating fish has already conquered everyone and several other cities have already requested to have their own specimen on their beach resorts.

All together fighting against plastic

The plastic-eating fish is part of the great initiative that for some time has been shaking up every part of the world. The fight against plastic and its harmful effects in the environment has now begun and there are many projects that aim to promote separate waste collection or even to completely eliminate plastic objects. In Toronto, for example, the production of dishes in wheat bran has been started: another way to say enough about the devastating effects that our territory suffers because of this material.

But if most of the coasts of Agrigento are united in the fight against plastic using fish sculpture, not everyone seems to have understood what it is. Some beaches have also received disturbing reports, which show that some people do not understand its function well. And so the plastic-eating fish filled with all kinds of garbage! Municipalities, therefore, have the duty to increase information campaigns in favor of the initiative and raise awareness among residents and tourists, because fish eats plastic is a big step towards protecting the territory, that common good that we all have a duty to protect.