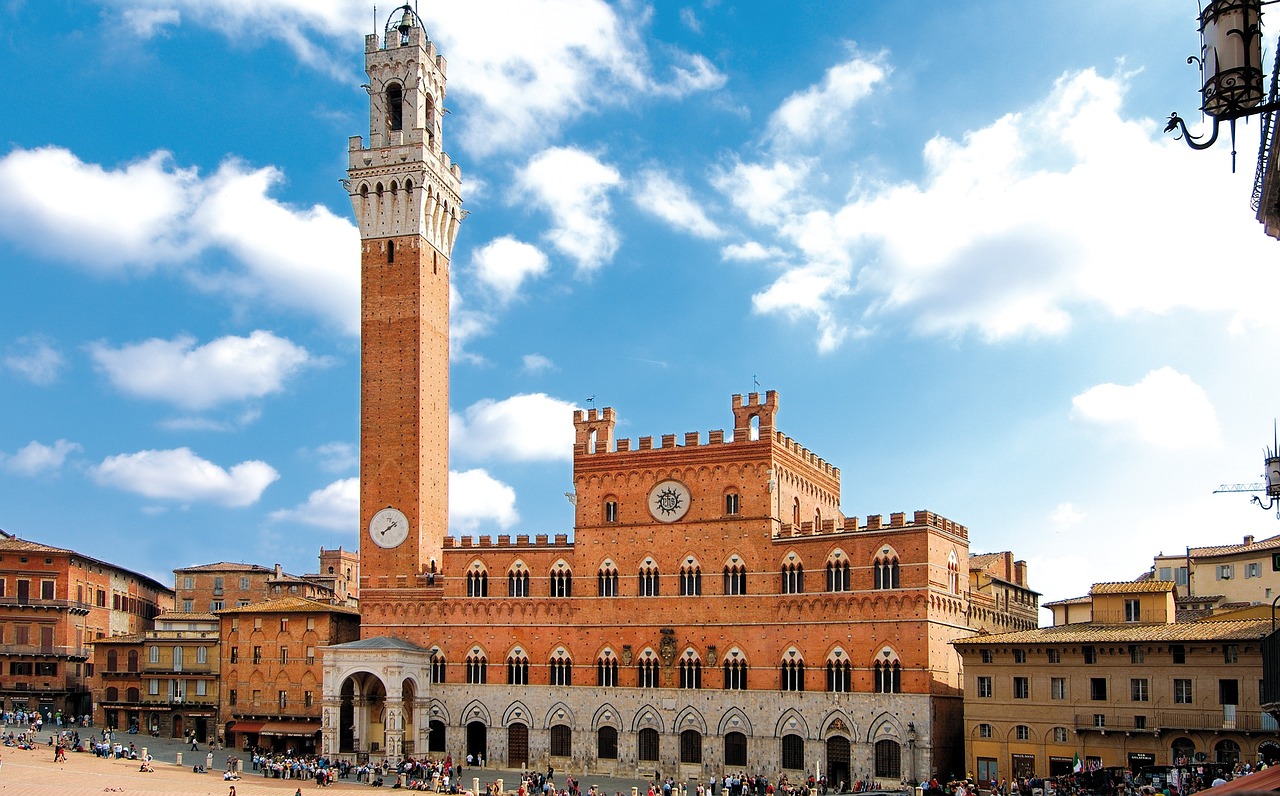 Siena: bridge of culture between past and present

Cradled by the warmth of the Tuscan heart, it is one of the most beautiful cities in Italy. Numerous views tell of an ancient medieval village. Architectures, squares, old flooring. Everything here has the flavor of a bygone era that dominated the city, leaving a still tangible impression today. Siena, a little gem rich in culture.

Walking through its streets one can only feel the sensation of a city permeated by history. A culture present everywhere. Dense as if it were oil spilled on the ground that suddenly expands everywhere. The result is a village that preserves the wisdom of the ancients. But also the idea of an idyllic town that appears to stand still in time, albeit alive.

So what can we observe while walking along its streets? Surely those buildings that bear witness to the period of maximum urban development. When Siena in the middle ages became the rival of Florence. A competition that brought the two cities to enrich themselves with what today are their most significant beauties. Town hall with its red bricks, seat of the Government of the Nine. That semi-democratic group that, at the end of the 200s and mid-300s, taking the lead in the city favored its splendor. Next to the old Town Hall stands the Civic Tower. Still today it preserves a curious name, called del Mangia, perhaps an epithet of one of the many bell ringers. Everything is placed in the famous Piazza del Campo which opens like a fan thanks to the travertine paving.

The cathedral and the University

And then the splendid cathedral. How it was drawn, cut out against the background of the sky, is instead real. Fruit of the work of virtuous ancestors. In its Roman-Gothic style, recognizable also for that chromatic effect given by the use of white marble, Siena red and Prato serpentine.

A nuance also taken up in the interior space that sees the alternation of white and black. A choice, not a chance. In fact, these are the colors of Siena, protagonists of the city emblem. Finally, what better testimony to the cultural link between past and present than the historic University? Daughter of the Middle Ages was directly “maintained” by the Municipality. In fact, the citizens who rented houses to students were required to pay an important tax. That with the proceeds of which salaries were paid to teachers. Modern Siena soon saw a cultural and political strength in the university. Strengthening in this way over time, the University still preserves a history that lasts as long as eight centuries, becoming a fundamental place for the investigation of multiple aspects of knowledge.

Siena and its living traditions

Whoever says Siena cannot help but think of his “palio“. A tradition rooted in time that is still very much alive today. Strong indeed is the feeling that dwells in the minds of the Sienese. A feeling that has allowed the reiteration of ancient practices to the present day. This is precisely the case of the Siena Palio. First traces that led to outline the forms of the great event are found in the Middle Ages. A horse race born to celebrate special holidays. On the one hand, to honor the Virgin, as happens on the occasion of the Assumption, on the other to pay political government with the elaboration of rites of subjection. Everything was organized in detail. First of all, a commission was appointed to entrust the management of the prize. Secondly, the choice of horses, and finally the participation of nobles as skilled steeds.

A race that followed the outer limit of the walls leading the procession, through a city gate, up to the Duomo. What spurred the notables participating in the competition? Certainly the spirit of belonging to the specific district but also the recognition of victory. It was a symbolic prize consisting of a precious fabric. But if those who triumphed deserved a tribute, they did likewise with respect to the last arrived. Today it would be called a little cute gesture considering that the unfortunate on duty had to pick up a “pig“. What exactly was unknown, but some interpretations speak of a hat echoing the animal’s head. The tradition of the palio continued over the centuries, reaching until today manifesting that sense of belonging and all the love that, even today, unites the ancient city with the current people.