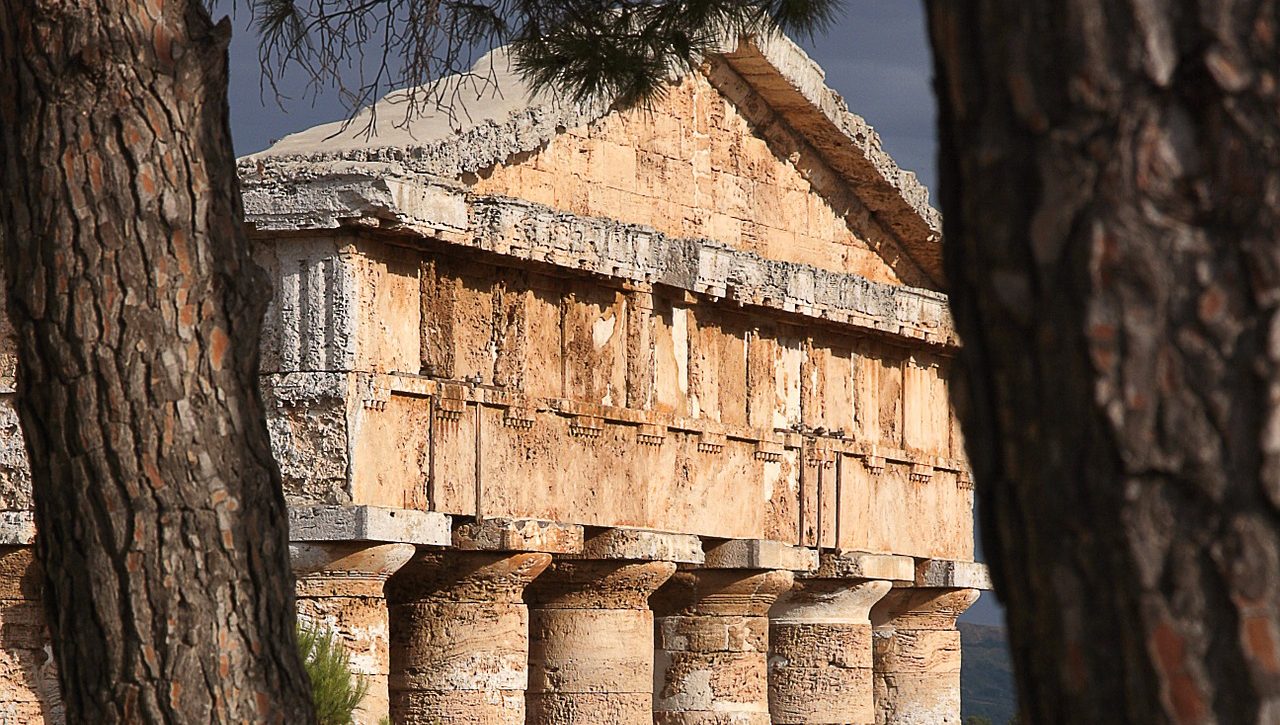 The magnificent Segesta of Greek origin is in Sicily, an ancient land full of history, where myths, legends and reality intertwine to form a truth that nobody knows. For many, still today, Sicily preserves the spirit of the warriors who have trampled the earth inside its so restless and alive bowels. The numerous invasions and the continuous battles of the past have characterized faces and contours, to create a unique blend.

And it is right here, in Sicily, a few steps from Trapani that Segesta is located. An ancient town, today part of the municipality of Calatafimi-Segesta, which preserves some testimonies of those invasions and wars. Historians believe that it is impossible to establish the date of foundation of the city with certainty, but some scriptures speak of it as a living city already in the ninth century BC.

The legend behind Segesta

As ancient as the land itself, Segesta has, according to legend, Greek origins. Most likely founded by Aeneas, who according to Virgil’s stories, built the city to give hospitality and shelter to travelers. In the sixth century BC Segesta and Selinunte were rivals and enemies. The clashes, which originated for territorial reasons, are repeated in the centuries to come, often putting a strain on both cities, which were repeatedly escorted by allied armies. Other wars and fierce battles marked the city, to the point of losing the original name, Segesta, and be renamed Diceopoli, the right city. The Greek-Punic wars, the slave revolt and finally the fall of the city at the hands of the vandals determined its end. Segesta was never rebuilt in the same way, and no longer saw the ancient luster.

Traces of the Middle Ages in Segesta

Despite the battles and the endless vicissitudes that saw her as the protagonist, Segesta was able to preserve some traces of her past. Centuries of history, battles and torments miraculously left “alive” hearts of people and traditions, as well as some buildings dating back to golden ages. The Middle Ages gave the city the last gleams of civilization, leaving in memory artefacts appreciated also, and above all, today.

The theater and the temple

Between the fifth and the third century BC the city of Segesta enjoyed great wealth. This condition, which was repeatedly put to the test by wars, nevertheless managed to give the city two works that had survived the time. The theater, built on the highest peak of Mount Barbaro, was a real giant for the time. It could hold 4,000 people. Visitors declare to be fascinated by the spectacular view from the theater, which was built on purpose with the gaze to the Gulf of Castellammare.

Not far from the theater, but outside the ancient walls of the city, a little jewel rises up, down the valley. Also known as the Great Temple, it has obvious Greek influences, but historians do not give the right balance in defining an exact style. With its 36 columns 10 meters high it will leave you speechless, due to its size and excellent state of preservation.

Once in Segesta it is mandatory to visit Castellammare del Golfo. Beautiful town on the northwest coast. Bring a beach towel with you and wear a swimsuit, because you won’t be able to resist the urge to dive into the sea.