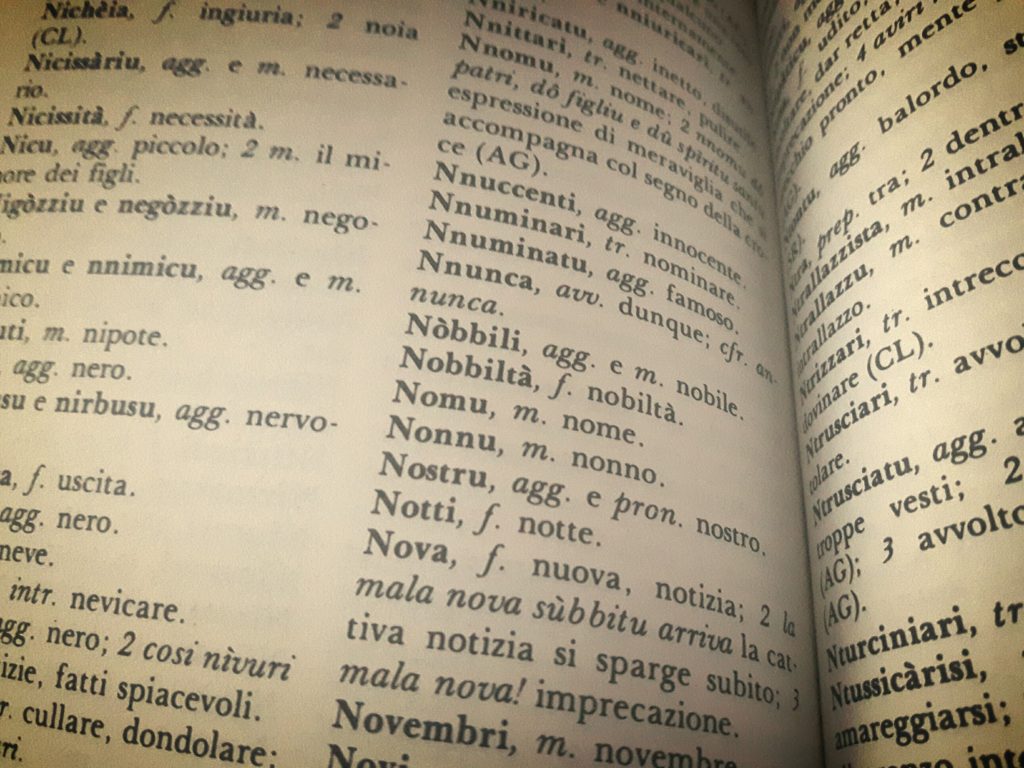 The wonderful Sicilian dialect becomes subject of study in Sicily

The 2018/2019 school year has ended. The exams are over. The time for holidays and carefree days at sea has finally arrived. Another year has ended. A year of study, of sacrifices and new knowledge. A busy year of laughter and friendships born in the classroom. A big news, however, awaits students in September. An idea, a project and finally a decision. In the beautiful Sicily, Sicilian dialect, in fact, officially becomes a subject of study.

Sicilian dialect: taught in all grades of schools, in different ways

A real and operational proposal. The regional council chaired by the governor Nello Musumeci, on the occasion of the 72nd anniversary of the Sicilian Autonomy, decided to introduce the study of Sicilian history and its dialect. An important decision, taken on a salient date for Sicily. “The Statute of our Region, issued by King Umberto II on 15 May 1946, after years of struggles and blood, crowning ancient and never dormant aspirations, celebrates 72 years. That revolutionary event also marked the beginning of a season full of vouchers intentions and widespread hope for the economic and social development of Sicily. “

Thus commented Governor Musumeci. Sicilian dialect is a distinctive trait of a region, the pride and culture of a people. Every word, every sentence tells of traditions. Traditions that you want to recover thanks to the provision according to which May 15th (Autonomy Day) will no longer be a vacation day, but an opportunity to learn more about the contents of the regional statute. Councilor Lagalla added that “Sicilian language will be placed within the teaching of a literary subject. It will be evaluated if the time must be added to the usual weekly timetable or to replace others”.

Sicilian will be taught in all grades of schools, but in a different way

Another important point of the decision taken by the junta concerns the ways in which the study of the subject will be addressed. Sicilian dialect, in fact, provides different levels of teaching. One that is addressed to primary and secondary schools of first degree; another, instead, aimed at deepening for high schools.

Many projects and lots of goals. A project to be put into effect, so that it can be implemented with the help of teachers and students from all schools. The challenge has been launched and is very important. Sicilian is a language recognized by UNESCO, it is spoken by at least five million people. A living, pulsating language, subject to various changes and numerous dominations. A linguistic range that welcomes Arabic, Greek, Latin, French and even Spanish expressions. We just have to wish everyone a happy holiday and wait for the start of the new and exciting school adventure. Preserving, passing on and studying Sicilian dialect gives us the opportunity to make the language of the great writers who made and make Sicily come alive. From Sciascia to Bufalino. From Tomasi di Lampedusa to Camilleri. No one excluded.