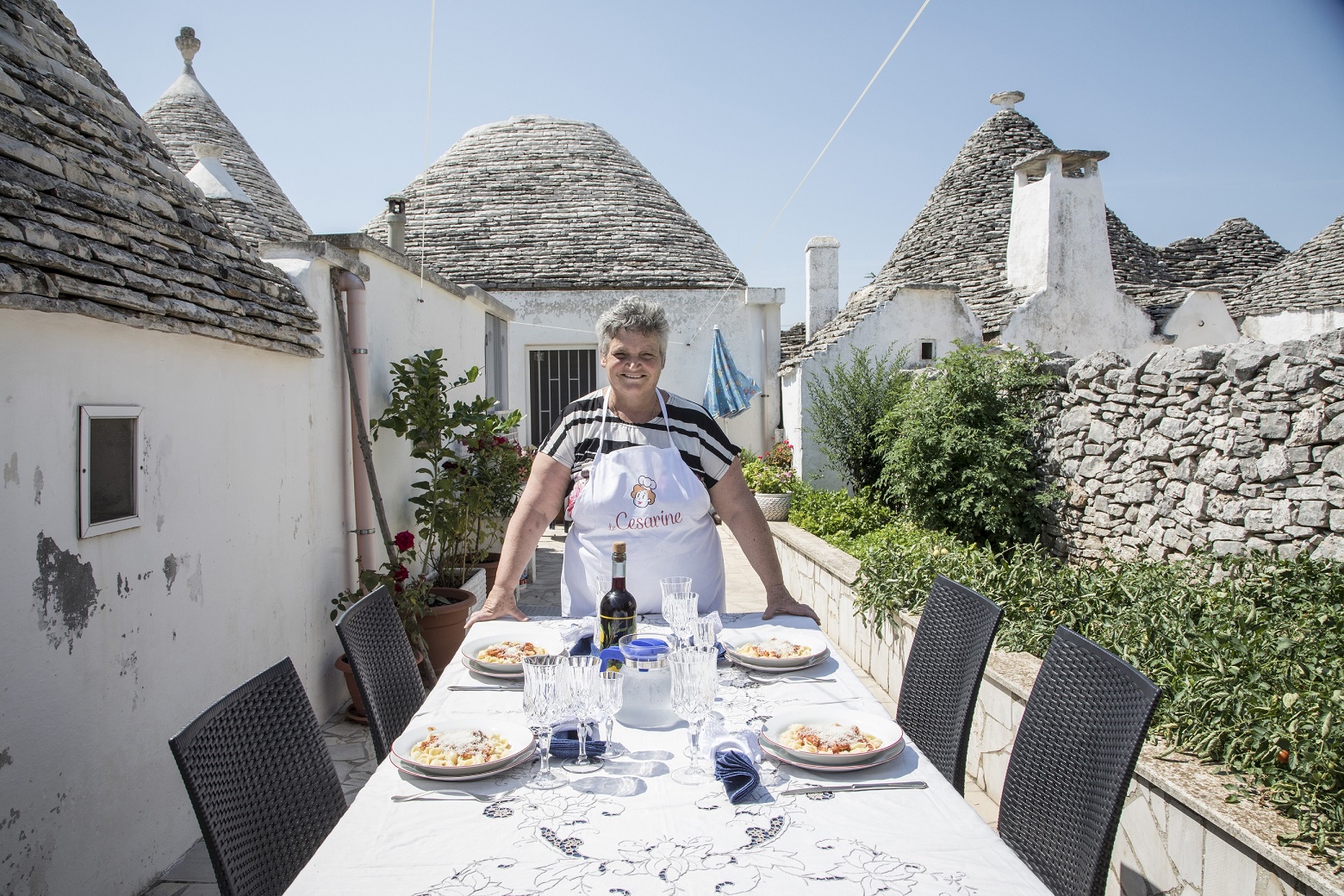 Italy is to be visited to discover its environmental beauties, to know its history. To admire its artistic and architectural beauties … to taste its cuisine. There is probably no country in the world where travel or holidays can have a gastronomic connotation that enriches it with added value. And that takes on a rare flavor when the cook, the cook opens the doors of her home to offer particular locations and traditional Italian cuisine. Lunches, dinners, aperitifs, tastings, but also cooking classes and visits to producers of local specialties. From north to south, from east to west, you are spoiled for choice. All this are the Cesarine, the oldest network of non-professional cooks with a great passion for traditional Italian cuisine.

The home cooking, the old grandmother’s recipes, the typical product of the area: these are the proposals on the tables of their homes, open to accommodate travelers from all over the world.

A Slow Food experience that wants to safeguard home cooking (but no less refined) proposing traditional recipes in a typically Italian atmosphere of hospitality. There are now about 1500 Cesarine / s distributed throughout the Italian territory, 80% women. They are on average between 45 and 50 years old and in this percentage couples, husband and wife, friends and friends who experience together are also counted. They are distributed throughout Italy, around 400 locations passing from the Aosta Valley to Sardinia. There are Cesarine in the big cities, in the small villages and in the countryside. In the Apulian trulli, in the Sienese countryside, in old castles and monasteries.

Cesarine: foreign guests from all over the world

It was 2004 when the first cooks / housewives met in Bologna and formed themselves into a simple cultural association. Thirteen years later, in 2017, they were already online thanks to Davide Maggi, founder of the Cesarine.com platform. The platform has become an innovative start-up thanks to some angel investors. In 2019 it was selected by ScaleIT. A success with encouraging results. The numbers of 2019: there were more than 1500 private events. Over 10,000 guests, 80% of whom are foreigners, mainly from the United States, Canada, Germany, France, England and Switzerland. Gross sales, again in 2019, were 1.2 million euros, more than 225 percent compared to 2018. An Equity Crowdfunding campaign on the CrowdFundMe platform is being launched.

Choosing the Cesarine means sitting at the table with the landlord, sometimes even with his family. Taste the dishes he personally prepared in his kitchen, with particular attention to typical products and a special respect for the guest who is welcomed in an Italian home. These are the ingredients that have created the success of the Cesarine formula. The Cesarine also became a recipe book, those of the home and family; a series of online cooking courses in Italian and English, the most requested are those for preparing pasta and tiramisu. In addition to the physical experiences, some services have been digitized, such as online and live cooking assistance. With the Cesarine it is possible to prepare dishes together even at a distance, both through video chat and whatsapp.

The future of the network will also be abroad, with the idea of involving Italian emigrants in the world and lovers of cooking. Winning prospect because already requested. Both by Italians living abroad. Both by those who, after an experience in the Italian home of a Cesarina, inquire about the possibility of being able to do the same abroad. From Italy to the world, Italian home cooks are preparing to have an international dimension.