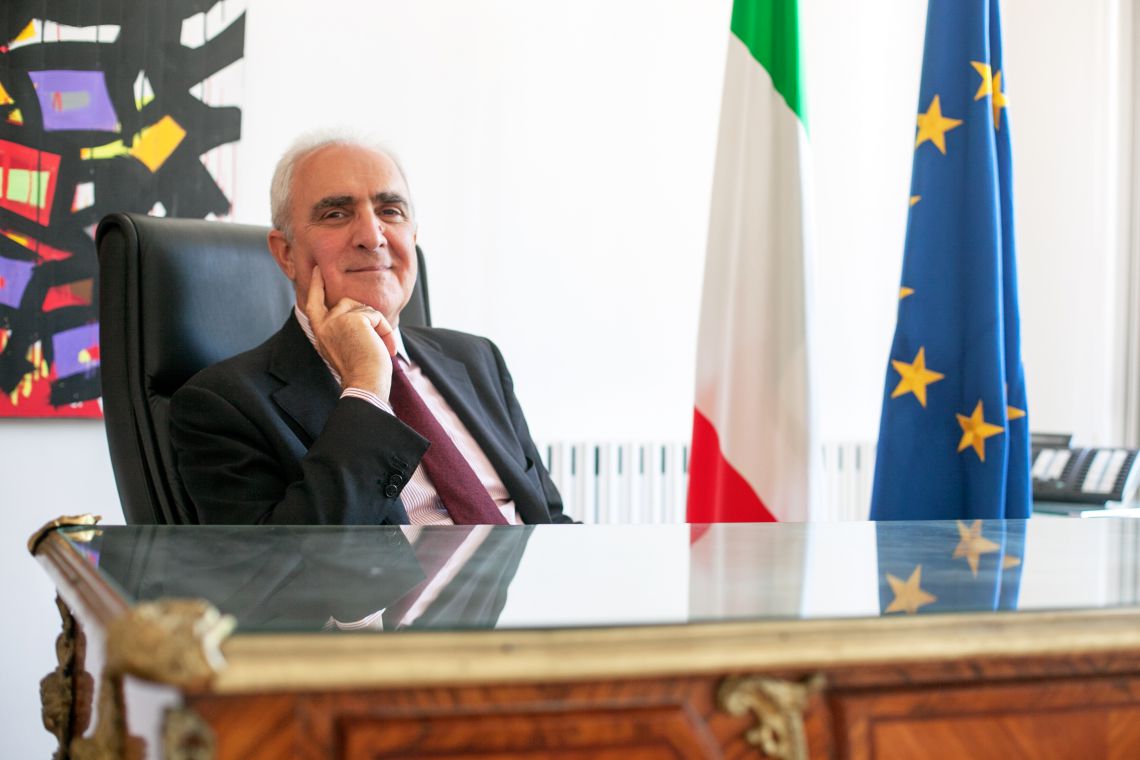 Hello friends of Italians.it. Today I have the honor of asking a few questions and presenting Mario Sammartino, Italian ambassador to Malta.

You are the ambassador of Italy. Being an ambassador means institutionally representing the Italian State abroad. This role involves years of study and continuous transfers. How many years have you been doing your job? When was your passion for the diplomatic career born?

“I entered diplomacy in 1985, the passion was born along the way. The idea of being able to travel, to know new countries, new peoples and new cultures was very dear to me. I wanted to do it not with fleeting tourist apparitions, but living immersed in a culture different from mine. It was also born as an intellectual stimulus. At the University of Milan, at the Statale University, where I graduated, very soon I realized I had a particular predilection, a particular passion, for international law. This released the spring “.

You have played important roles for the Italian State in your career: ambassador, consul and has also been assigned to the Directorate General for Development Cooperation. In your experience, what is the most important feature that an ambassador must have in order to best fulfill his mission?

“It is the ability to adapt to an incredible, infinite number of different situations, both from an environmental and a professional point of view. I spent a lot of my professional life devoting myself to development cooperation, I have a certain love for development cooperation. I also did a lot of consular work, I had the consular offices holder twice, in Germany and Argentina, which are two great migration realities, I also had more strictly political-diplomatic tasks and I have to say that every time we have to get back in the game, we must also humbly study what are the challenges that come from a job that is completely different from the one you left the day before “.

Ambassador’s life is full of commitments. In your little free time, what do you like to do, what are your hobbies?

“I really like reading, walking, I would also like to practice sailing which is a sport that fascinates me, unfortunately I am denied but despite this I regularly board. I really like seeing people, especially friends”.

We have said you represent Italy abroad. When you meet our compatriots who do not live in Italy what do they ask you? What do they want to know about Italy?

“They ask me almost everything about Italy. I had the privilege of meeting Italians living abroad belonging to the most diverse social classes, coming from the different regions of Italy, set in countries that are completely different from one another. Personally this enriches me considerably and strengthened my pride in representing a great country, a great people, but at the same time made me compare with very different realities. What do I mean? I take for example two extremes. Malaysia, where I lived for almost five years. A South East Asian country in which Italian emigration is a recent immigration and is composed mainly of entrepreneurs, consultants of large companies, people belonging to a relatively wealthy world. They expect from Italy support for the activities they carry out, support for the affirmation of their presence in these markets that are the new front of Italian economy. Moreover, I can recall the experience I had as a Consul in two large immigration countries that I mentioned. In Germany, the Italian presence is very numerous and expresses all the possible range of cultural and regional origin of our country. Here, the strongest question is that of Italian culture, understood in a broad sense. Culture as an expression of figurative art, as an expression of dancing, singing and often it is difficult to deal with this type of question. Of course, alongside these noble requests of our fellow countrymen there are those that are perhaps less noble but which are much more important from the point of view of the daily life of everybody, the consular services, the basic services that are fundamental in order to live in a dignified manner and with serenity one’s life far from one’s own borders “.

We are currently in Malta. Since 2017, she has been Italy’s ambassador to Malta, a country that has many ties with Italy, historical, cultural and partly also linguistic. In your opinion, which feature the Italian people have in common with the Maltese people?

“I believe, the approach to life, if I can express myself in this way. Italians and Maltese have a millenary journey of common history. If we want to go back, the Roman province has been here for more than 800 years. Malta has been part, under the crown of Spain, of that entity that included our southern Italy. During the period of the Knights the Italian language, culture and art were the dominant ones. The majority of the artists who left these splendid masterpieces that we admire today, came from Italy or worked under the strong influence of Italian art. Again, the Italian remained alive as a language, as a cultural model of reference in the educated Maltese class even during the British period. Of the Mediterranean Countries, that are all close to us, Malta is the one that perhaps has best understood this closeness as a real continuous osmosis of values, mentality and approach. It is difficult to identify a quality or if we also want a defect that unites us, because there are so many qualities and I have to say few defects both for us Italians and for our Maltese friends. “

For the work you do, you have had the opportunity to meet many of our fellow countrymen in the world. With our italian.it project we are gathering, through the network, many testimonies of how much the Italian emigrants and their descendants are so tied to their land of origin. Are there any episodes that more than others have affected you in this regard?

“There are many, I can think of two. One concerns Argentina. I was the consul of Italy in Mar del Plata, a charming city in the south of Buenos Aires, on the sea, where there is a huge community of Italian origin. I had arrived a few days before and was invited to the inauguration of a statue of Giuseppe Garibaldi in the main square of Mar del Plata. In this square, together with the city authorities and the mayor, I go on stage and immediately notice that the square is crowded with thousands and thousands of people. There were many aged people with Italian flags and the banners of their associations, the Italian Sailors Association, the Partisan Association and so on. When the notes of Mameli’s hymn begin, I find myself in this square where no one say a word in order to hear Mameli’s hymn and these old men were crying their eyes out. Here, it was something I will never forget. The another epidose is totally different. I was an Ambassador to Gabon, a country that lies at the end of the Gulf of Guinea, in central Africa. There I happened to meet a compatriots, a former math and physics teacher, who at the age of 62 or 63, had left her country in Italy with her jeep. Had first gone to Greece, Greece took a ferry and went to Alexandria in Egypt. Alone, a woman, no longer young, had traveled all East Africa from north to south and was ascending westward. She had crossed Angola where a cholera epidemic had recently broken out. She had come to the embassy not because she needed some kind of support, but because there were so many visas placed on her passport that she had run out of pages and needed another booklet. Here are two of the many, countless episodes that came to my mind”.

Ambassador, thank you very much for your time

“I would just like to say a few words to thank italiani.it for this interview and address all those who live in Malta to urge them to come to us, to come to the embassy. The embassy is a friend of yours, we do our best to satisfy your needs, to make the most of our services, Sometimes we may not succeed, there are few of us but we also know we are dealing with a very responsible, very polite community and I would like this relationship between us to be fed daily “.

Italiani.it would like to thank Mario Sammartino as Italian ambassador to Malta for granting this interview