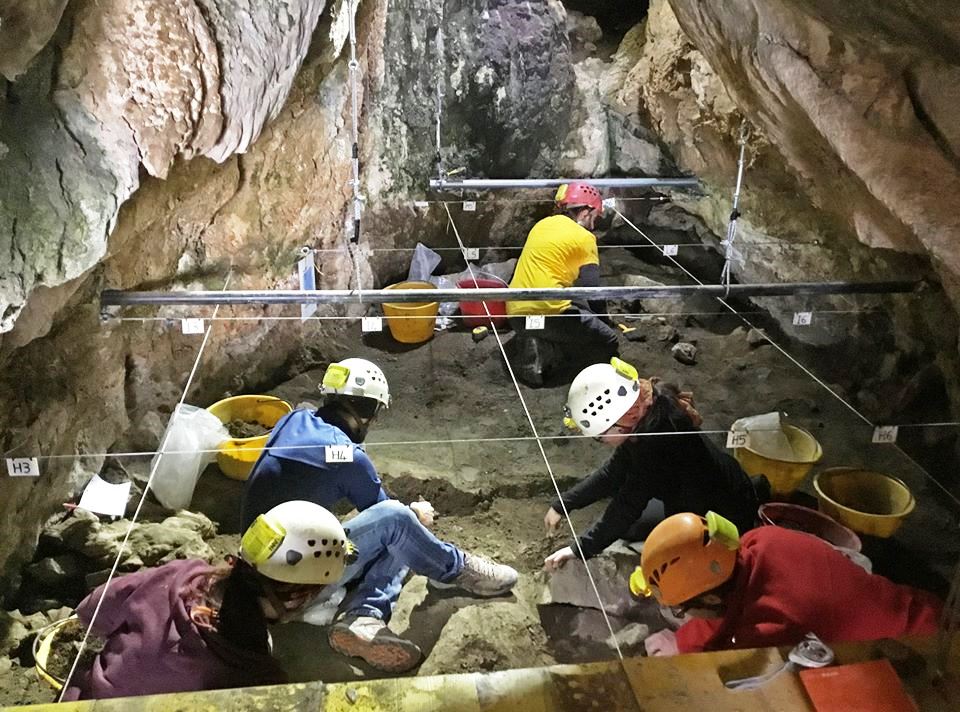 A human settlement dating back to the Paleolithic on the eastern side of the Pollino National Park. In the heart of Calabria many are talking about this amazing discovery. And if studies continue to confirm it, it is an extraordinary archaeological find that rewrites the history of this place. What are we talking about? Human remains found during an excavation campaign in San Lorenzo Bellizzi, in the Grotta di Pietra Sant’Angelo at 854 meters above sea level.

Human remains found under a pile of stones

“Enzo dei Medici” Regional Speleology Center gave news of this extraordinary discovery. The group has been part of the team that has been working on the excavation campaign on the site for some years. “A suspect was born shyly in 2017 – they write in the press release. Then it remained alive, strengthening, in 2018. Finally, in 2019, the looks spoke for themselves, letting scholars speechless. Below that meter of neo-Eneolithic sequence, containing a miraculously preserved burial in good condition, there was something else that referred to an antiquity that went far back in time”.

Two focus not far from the entrance to the cave were found. And there were flint mixed with the remains of fauna, probably leftovers. Radiocarbon dating also started to find the first confirmations, which soon arrived. “If the young inhumed individual – a 30-35 year old male – had been buried in the cave around 7000 years ago – say the researchers – the focus discovered further down referred to even more ancient human acquaintances, the first to be framed around 11,000 years ago, the second at 14,000″.

The remains date back to the Paleolithic age

The excavation campaign was screwed in 2017 and it’s a collaboration between researchers from the Universities of Molise and Bari. An agreement also supported by the Municipality of San Lorenzo Bellizzi, the Pollino National Park and the Calabria Region. And if the research continues, who knows, this area will maybe become a destination for archaeological tourism to discover its ancient history. Pollino National Park is already chosen by many visitors who love nature. But this aspect linked to archeology is undoubtedly an enrichment.

The remains date back to a man who lived over 7 thousand years ago have been found. Remains of ashes and coals attributable to much older focus than burial have been found too. “A project also supported by the Pollino National Park and the Calabria Region – said the mayor of San Lorenzo Bellizzi, Antonio Cersosimo -. That will certainly lead to new discoveries soon. A great satisfaction for the scientific results that are emerging and that will help to write new pages on the human frequencies of Eastern Pollino and beyond”. Undoubtedly an extraordinary discovery. And we hope that the research will bring to light other wonderful testimonies of the past.