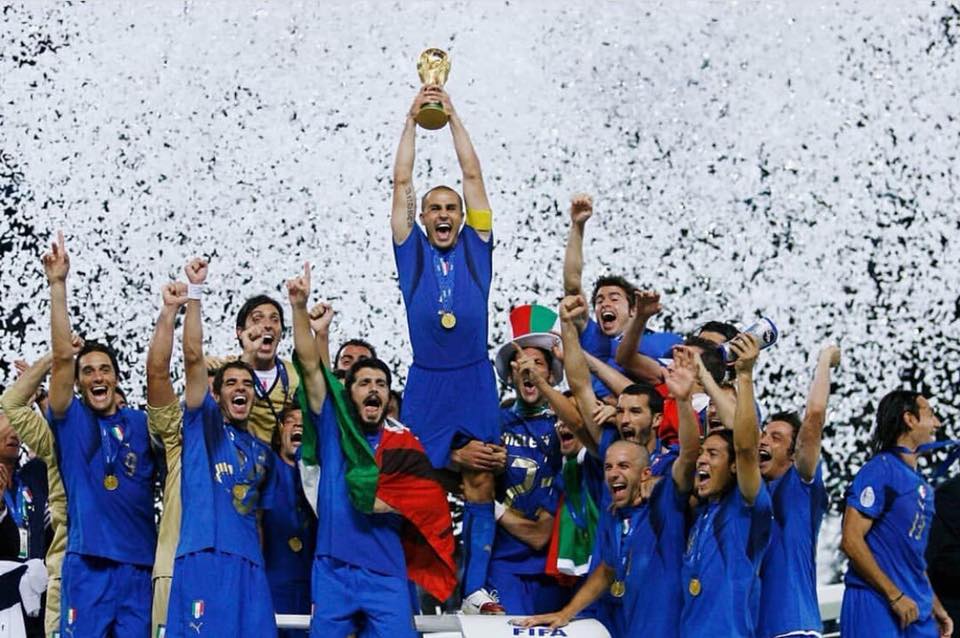 “Italy, 2006”. This is enough to evoke, in the collective imagination, a strong and clear image, which stands out among the others. The image of a man holding a cup. And the greater the concentration, the nostalgia, the greater the visibility of those moments. When Fabio Cannavaro raised the World Cup to the sky. The Cup the Azzurri won in Berlin for the fourth time in their history. But “Italy, 2006” is also the trigger for a further spring, in the mind of our captain of that time. At the end of an imperious season, in fact, Cannavaro won the Ballon d’Or, becoming the fifth Italian ever to succeed, and was elected FIFA World Player of The Year. Today we talk about him, Fabio, his football history and that of 2006 to be framed.

Who is Fabio Cannavaro?

Lawful question, for a layman. Cannavaro is now a former soccer player, mostly a defender, but also full back if necessary.

Among the best features in his repertoire, the marking, the ability to anticipate the adversary, and the timing, especially in the air strikes, which won very often, even though it was not particularly tall. During the 2006 World Championship, these parameters were greatly amplified, allowing them to play at levels never reached before in his career. And we have seen the results.

Cannavaro, of Neapolitan origins, began his experience in that youth sector, debuting in Serie A in 1993 and in the Uefa Cup the following season, finding his first goal against Milan. It is then sold to Parma, to restore the financial conditions of the Neapolitans. Among the ducal, he can carry out his task together with pillars like Buffon and Thuram, in one of the most significant defenses of Europe. It is no coincidence, in fact, that in this experience – which lasted seven years – he will finish in second place a championship in which Juventus was put in serious difficulties and he will win the Uefa Cup, the Italian Cup and the Italian Super Cup.

In 2002 he moved to Inter, under Hector Cuper. His beginning was not so good but he recovers along the way, guaranteeing good results. A series of injuries, on the other hand, will negatively characterize his second year at Inter, preventing him from expressing himself continuously. He himself admitted that the two-year with Inter was the hardest of his entire career.

From big to big, in 2004 he landed at Juventus. Its performance levels up. And several sporadic goals are added, including his first double win in Juve – Empoli 2-1. The Piedmontese, in those years, centered two championships in a row, however the secondo one was revoked following the scandal that involved the society.

To avoid the B, he decides to move to the Real. With this team he won two Primera Division, while staggering below expectations. On expiry, he returned to Juve, receiving a very cold welcome from the fans, who did not forgive him for abandoning the post-Calciopoli ship. Plus, he plays pretty bad, both him, and the team, which ends the year in seventh place. Juve decides, in June, not to renew the contract and he is released. Cannavaro will officially retire in 2012.

As mentioned, the 2006 World Cup is the spearhead of its footballing path. His crystalline performance touched very high vertices, so much so that his defense led to only two goals. In the final of the Olympiastadion he not only graduated world champion, but touched 100 presences in the national team. Further crown, the attribution of the adidas silver ball, honor that Fifa attributes to the second best player of the tournament. Thanks to these very enviable successes, he was able to secure the Ballon d’Or and still be the last Italian to have won it.

And, in reality, even for him it is a triumph a bit surprising, because generally when a National team wins the World Cup, the prize is given to the offensive terminal, to the driver who, scoring goals, has made a massacre of opponents . But Lippi’s Italy was atypical from this point of view. Toni had scored two goals, Totti one, but the true power of those elements resided in the midfield and in the granitic defense, composed, among others, also by Gigi Buffon. He himself, in fact, will come second in the race for the Golden Ball. Not a few controversies have arisen, from those who consider that recognition as an expression of inspiration, assists, goals, talent. The solidity of the Italian defender was established. One of the few to win a Ballon d’Or. One of our pride.