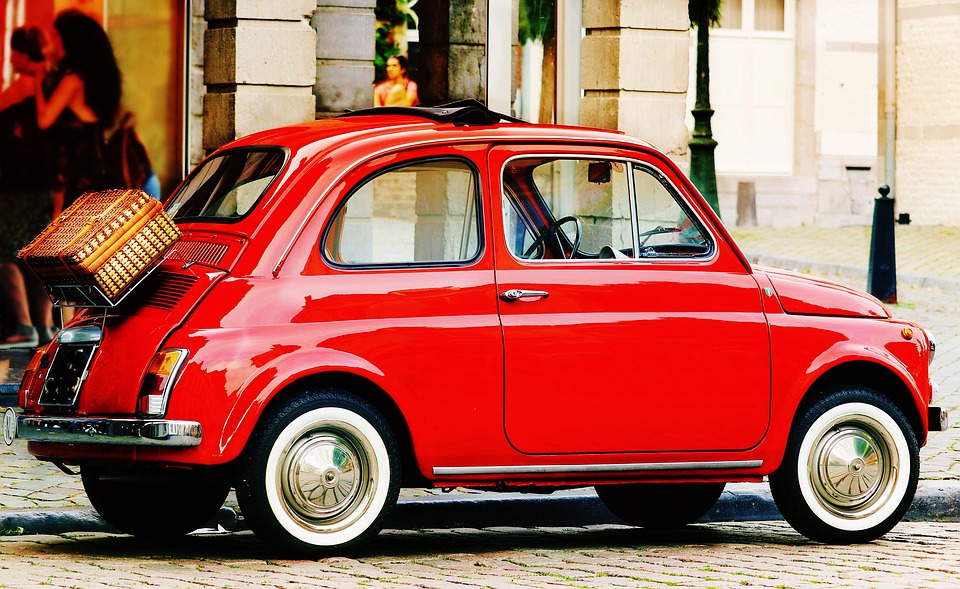 Fiat celebrates its birthday. A brand that made history!

FIAT was born on 11 July 1889, writing a milestone in the history of Italian motoring.

It is indisputable that Italians have a great vocation for engines and FIAT has modeled, at least in large part, this great bombastic passion!

FIAT is a structural part of the Piedmontese social fabric, not only for work and well-being, but also for its turnover. The launch and fateful signatures of the foundation of Italy’s most important car manufacturer took place at Palazzo Bricherasio. The first name of the company was Società Anonima Fabbrica Italiana Automobili Torino, but Fiat has never been anonymous.

At the beginning the factories were in Corso Dante and employed 150 workers and employees in all. It was a small nucleus, destined to increase exponentially, bringing thousands of emigrants in search of work and well-being from southern Italy.

Today in Turin and its surroundings, there are the children and grandchildren of those workers, who have become professionals, lawyers, doctors; a great satisfaction for the parents who worked so much in those factories, especially the famous “assembly line”.

The idea of Fiat, although still embryonic, came to some aristocrats, such as Emanuele Cacherano of Bricherasio and Cesare Goria Gatti; already tested by the previous success, due to the realization of the Welleyes car. However for a similar venture, they needed the financial backing of the Discount Bank and Thirst.

Destiny wanted the sudden defection of Michele Lanza to open the doors to the landowner Giovanni Agnelli, a patriarch destined to be talked about. The car manufacturer’s early years were a bit turbulent, but then Agnelli, determined, took over the company, leading it to years of unimaginable success at the beginning. One who would become a senator during fascism, would also have remained at the head of Fiat until the end of the Second World War. The sudden death of his only child due to a seaplane accident and finding himself alone with a daughter-in-law and many of grandchildren, changed his perspective. The patriarch was very strict, a stainless man.

From the first car built by FIAT, model “3½ HP”, produced in 8 units, had been made of the road! The construction of the famous Lingotto production plant in Turin began as early as 1916 and came into operation in 1923. The automotive market of the early 1900s was pioneering, and reserved for a few.

But during Fascism, the Duce asked Agnelli for an accessible, small car capable of moving in narrow streets, typical of Italian villages. Fiat Topolino was born, which would have made history. The races of that era were important. Sporting successes for Fiat came in the Sassi-Superga race with the 24HP model driven by Vincenzo Lancia.

The rapid expansion of the automotive market allowed Fiat to grow quickly, succeeding in 1908 to open a branch in the US market, very difficult for Europeans. Fiat was not just “utilitarian, but also nautical, and freight transport trucks.

The Agnelli family inextricably links its name to Fiat, but after the Second World War, the senator patriarch passes the baton to Valletta; since none of his grandchildren is still able to hold the helm.

Not even his first nephew, the one who bears his name, would have taken much longer to take the reins of Fiat. Valletta, he was a man of excellent quality, and he dealt impeccably with the role of “regent”; by raising the company from the serious conditions due to the second war, and taking care of the “dolphin”, that Giovanni Agnelli junior who would have taken his place. Fiat churned out two small, affordable and manageable cars, namely, the 500 and the 600. These cars somehow reconstructed the enthusiasm of the Italians during the fifties and sixties, literally signing the economic boom. Greetings to Fiat, and still give a lot of work to Italians and maybe ecological cars!