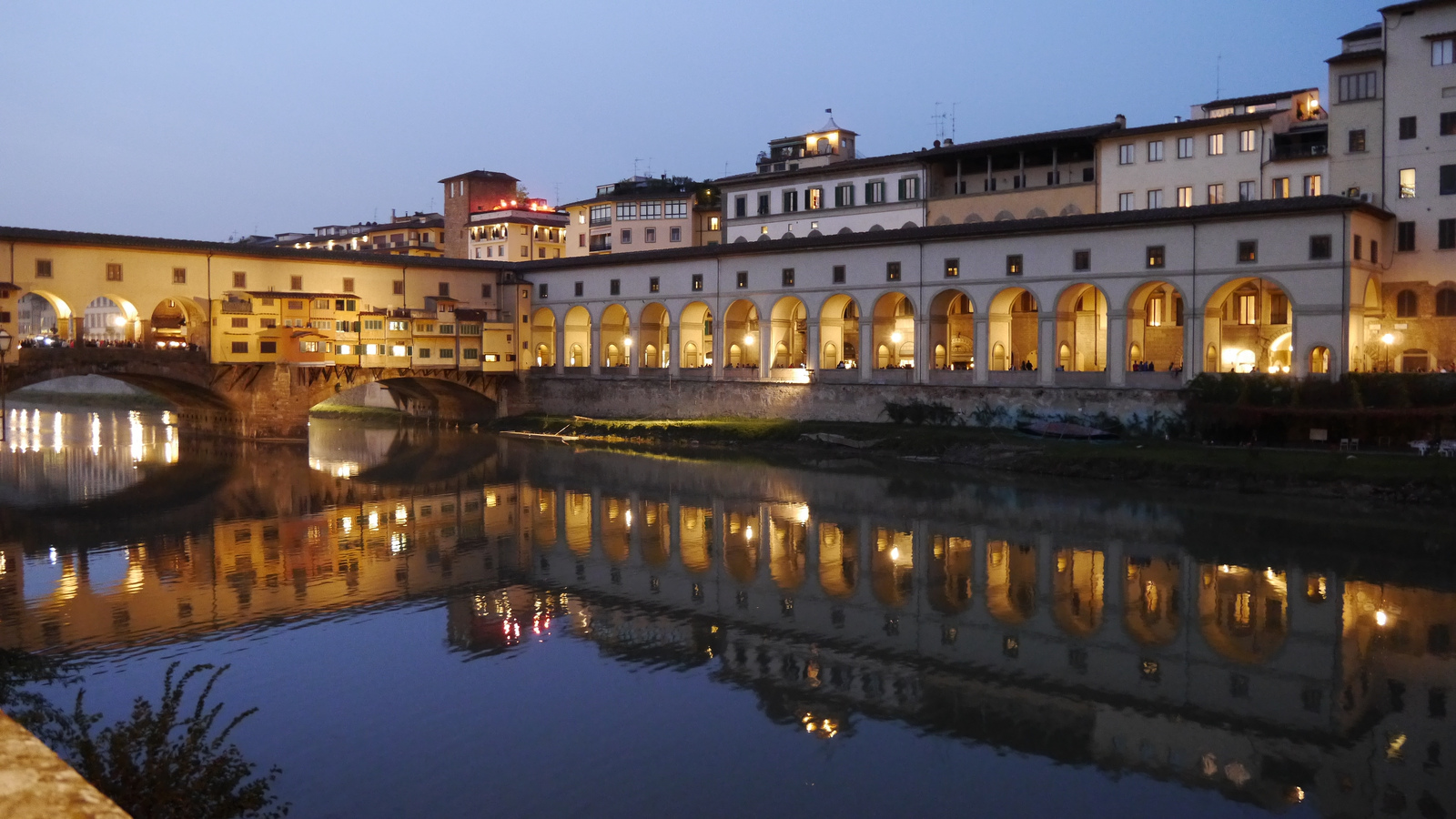 The many lives of the Vasarian Corridor

The Vasari Corridor is one of the most fascinating and atypical architectural works of our country and perhaps of the world. But even more intriguing than its beauty is the birth, the many lives and, more generally, the history that surrounds this place and that is linked to an absolute genius of Italian architecture. He was from Arezzo, he was a wanderer, he had served two popes and besides being a painter and architect he was the first art historian. It was called Giorgio Vasari.

Cosimo I and Vasari: the Fathers of the Corridor

Vasari returns to Florence in 1554 at the behest of Duke Cosimo I. Despotic but prone to beauty, Cosimo had called him years ago to renovate Villa Castello and now wants to modernize Palazzo della Signoria. He had moved there from Palazzo Medici in 1540, then Eleonora di Toledo had fallen in love with Palazzo Pitti. Thus, Palazzo della Signoria had become Palazzo Vecchio. In 1560, the work proceeded well and then Cosimo entrusted him with a new project: the Uffizi. The vision of the duke is daring, but Vasari accepts: so much is already there for the other yard. He does not imagine that the real enterprise, more for timing than for grandeur, will do it a few years later. In 1564, Cosimo has great projects. After many unsuccessful attempts, he has in fact obtained an advantageous marriage for his son Francesco, to whom he has just formally left the Duchy. The chosen one is Johanna of Austria, sister of Emperor Maximilian II.

Cosimo has a goal: Florence first served Charles V and later Ferdinando I and deserves to be independent, no longer vassal of the empire. Above all he, Cosimo, wants to be king. The title of Grand Duke will get it in 1569, but from Pope Pius V, unleashing the ire of Maximilian II.
In 1564, however, Cosimo has been in power for thirty years, he begins to be old, tired, a widower and would like to retire, but does not trust enough in his son’s abilities. It must continue to govern then, but it will do so in the shadows. And it is here that has the intuition: a windowed corridor that connects Palazzo Pitti to Palazzo Vecchio. Thanks to it the Medici, their guests and above all he will be able to pass from one side of the city to the other in total safety, without a guard and with the possibility of spying on the people.

The route of the passage and the veto of the Mannelli

Vasari throws down the project. In his mind the corridor starts from the Green Chamber of the Duchess Eleonora in Palazzo Vecchio, passes over via della Ninna, runs through the Uffizi and, bypassing Lungarno degli Archibusieri, arrives at the Arno. But the river must be crossed, then the Aretine thinks to coast and exploit Ponte Vecchio: the Vasari Corridor will overheat the shops of the bridge then owned by butchers, pizzicagnoli and erbaiuoli. From here it remains only to pierce Torre Mannelli, continue on via de ‘Bardi and head towards Palazzo Pitti, expropriating the expropriable. Exactly, one kilometer of corridor to be covered with two-seater carriages, equipped with benches for the stops and a decorated bathroom. Yes, given that on the way you pass over the loggia of the Church of Santa Felicita, it is worth creating a closed stage that allows the family to follow the religious services.

‘But it is a problem: the Mannelli do not consent to expropriation. Cosimo and Vasari know that the Mannelli are stubborn and powerful and a dispute is to be excluded, especially for a matter of time. Yes, because Vasari is missing the time: the wedding is scheduled for December 18 and Cosimo has already set a dense calendar of celebrations, so it must be ready in September. If the work starts in March, the months to build it are six. So what to do with the Mannelli? Go around them literally, using corbels in pietra serena on which to place the Corridor. Incredibly, in September everything is ready and at Vasari all that remains is to go back to the Uffizi building site, whose slow progress is worrying the Duke.
Neither of them will be able to see them finished: Cosimo dies on April 21, 1574 and just two months later his trusted architect follows him.

The life of the Corridor after Vasari

The Vasari Corridor continued its function of “passage” for almost a century, but from the middle of the seventeenth century onwards the Medici forgot about it. Ferdinand II began to use it less and less and Cosimo III in his 53 years of government much preferred to use the carriage of the Corridor. In the end, it is said, it was more used by criminals to hide than by the grand dukes. When the Medici family died out with the death of Gian Gastone without heirs in 1737, power passed into the hands of Francesco Stefano di Lorena, who in a few years would become emperor, marrying Maria Teresa of Habsburg.

Just in that 1737 Anna Maria Luisa, the last of the Medici, made the greatest gift that her city could receive, or stipulated with Francesco Stefano the Family Pact: all the cultural heritage owned by the Medici passed yes to the Lorena, but not he would never have been able to cross the borders of the Grand Duchy and, above all, would have become public. It followed that the Uffizi became public, which had lost their political function for years to become the private gallery of the Medici. As a consequence, even the Vasari Corridor definitively lost the role of “passage” and slowly began the “museum appendix”. However, it was not until the post-war period that the Corridor became the home of the largest collection of self-portraits in the world: Filippo Lippi, Rembrandt, Delacroix, De Chirico, Guttuso, Morandi, Chagall and of course Giorgio Vasari. Everyone, but everyone has a place in the Vasari Corridor.

The Vasaria until the present day

The Vasarian Corridor then lived more lives. Lives that gave him back that strategic function for which Cosimo I and Vasari had conceived it. During the Second World War the partisans often used it as a passage, exactly as seen in Paisà di Rossellini. In August 1944, the Germans decided to blow up the bridges of Florence before retiring. For absurdity, only Ponte Vecchio was saved and so was the Corridor. Some say that Hitler had decided to save him. Others that the merit was of the rebel consul Gerhard Wolf. But the Florentines will tell you that the real hero was Burgassi (or Burgasso), an old and crippled helper of goldsmiths, who cut off the mines in the night. The Vasari Corridor, however, was damaged by bombing: the beautiful sixteenth-century bathroom was the expense, but overall the damage was limited.

More serious were the consequences of the mafia attack at the Georgofili Academy. It was the night of May 27, 1993, they were the years of the State-Mafia war. The car bomb arranged in via de ‘Georgofili brought down the Torre dei Pulci, destroyed some of the Uffizi rooms, part of the Vasari Corridor and a quarter of the works contained in those rooms, but above all killed five people who had nothing to do with that war do. In comparison, the damage caused a few weeks ago to one of the columns of the Corridor on the Lungarno degli Archibusieri by an unconscious truck driver is a laughing matter. Just a small setback waiting for its reopening.
In 2020, in fact, the Corridor will finish its restoration and everyone will be able to return to look at Florence from its windows. Just as Cosimo I did every morning, when walking with Vasari, he always asked him the usual question.
«Messer Giorgio, when was the end of the Uffizi?» 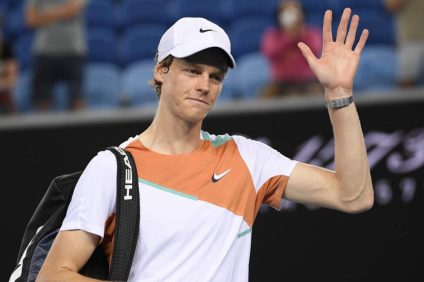