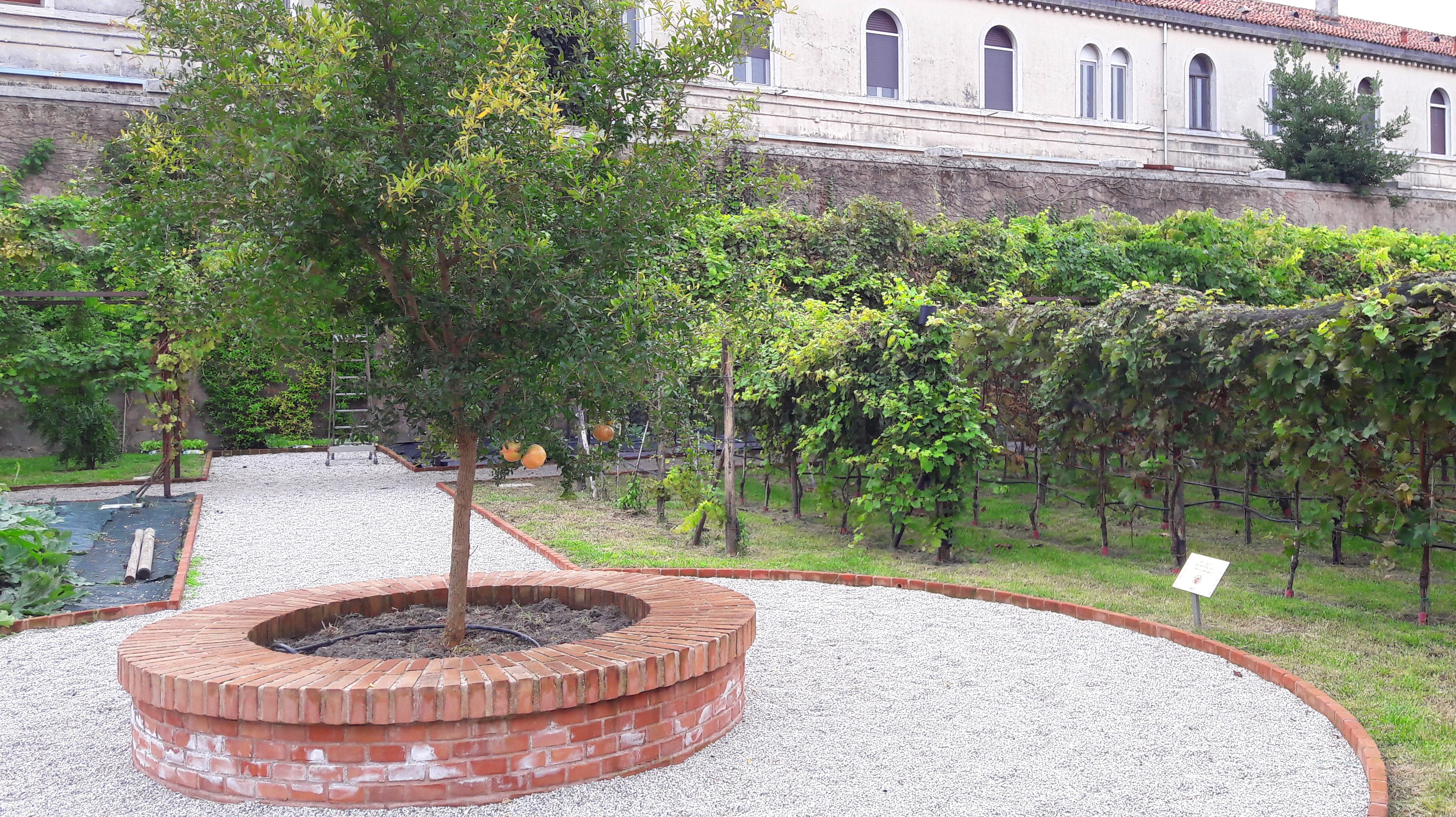 The mystical garden of Venice: jewel of Discalced Carmelites

When you think of Venice, gardens are one of the last things that can come to mind. However, the green in the lagoon city does exist, even on the island of Venice itself. Today we take you to discover the mystical garden of the Discalced Carmelite Fathers, a stone’s throw (almost literally) from the Santa Lucia station.

The Discalced Carmelites have distant origins in time and space. The order in fact finds its roots at the end of the 12th century in the Holy Land, on the slopes of Mount Carmel, where they built the first church to Blessed Mary of Mount Carmel. Discalced’s “qualification” derives from their ancient custom of wearing sandals without socks.

With the fall of the Latin kingdom in 1291, the Order was completely eradicated from the Holy Land: the convents were lost and the friars had to emigrate to Europe. In 1521 she was born in Avila (Spain) thanks to Teresa the feminine order.

The arrival of the Discalced Carmelites in Venice

In Venice the Discalced Carmelites settled in 1633 and shortly after the Senate granted them the construction of a church and convent. It was their garden, however, that made them particularly famous in Venice (and not only) because they cultivated lemon balm. It is an aromatic plant from which from 1710 (and still today) they made the so-called “melissa water”, also mentioned in Goldoni’s theatrical works as a very popular remedy.

The Discalced bridge is one of the three pedestrian connections on the Grand Canal and the façade of the church of Santa Maria di Nazareth dominates it from the Cannaregio side. It is a church built between 1649 and 1680 to a design by the architect Baldassarre Longhena, author of the Chiesa della Salute.

This is one of the few Venetian facades made entirely of Carrara marble, a material that (unlike Istria with which Venice is built) is greatly affected by the lake environment. For this reason, for some years the façade has also been restored and has only recently been brought back to view. The church is a splendid example of Baroque architecture and contains works by important artists including Gianbattista Tiepolo, Ettore Tito and Heinrich Meyring. In your rushing and coming from Venice to the Santa Lucia station, take a moment to come in and admire it!

The design of the mystical garden

The church is part of a complex that also includes the convent of the fathers and the vegetable garden, called brolo. This brolo was the subject of an important restoration project conducted in 2014 by the Veronese architect Giorgio Forti. This took place with the support of the Venice Wine Consortium, which wanted to focus on the recovery of lagoon wine biodiversity. In it we find some formal elements typical of the Venetian garden. They are: the well, the caesura (which divides the courtyard from the garden itself), the parterre, the perspective axis and the construction according to a geometric scheme (typical of the Renaissance garden), the water door (ie the landing from the canal). The garden is divided into seven large sections but also includes other smaller flower beds rich in plants and trees, for example the avenue covered by white roses that leads to the chapel dedicated to the Virgin.

Seven flowerbeds of the mystical garden

The brolo is divided into seven large flowerbeds: the grassy lawn, the garden of medicinal herbs (hortus semplicium), the vegetable garden (hortus holeaurium), the vineyard, the orchard (hortus pomarium), the olive grove (o “Garden of Gethsemane”) and the forest. The vegetable garden was and is naturally important for the internal subsistence of the friars while that of the officinal herbs was an equally significant element in convents since in the Middle Ages the friars were also custodians of medical knowledge. In the vineyard the native varieties of the lagoon such as Marzemino, Malvasia and Raboso have been recovered, as well as almost lost varieties of fruit are rediscovered in the orchard.

The mystical garden: curiosity and symbolism

For mysticism we mean the contemplation of the dimension of the sacred that involves a direct experience. A mystical garden then intends to induce contemplation and approach to God. The brolo of the Discalced Carmelites wants to stimulate the senses of the visitor: the lost flavors, the smells of medicinal herbs, the sounds of birds, the colors of plants and flowers and the perception of perspectives, contact with gravel and tree fronds. Numerology also plays an important role in garden design. In fact, numbers of great religious importance are recurrent, such as 3 and 7. There are also numerous biblical references hidden in small details. For example in the symbology of the passion flower, in the choice of tree species, in the number of olive trees and much more. A garden to discover as well as to enjoy, that’s why we recommend you to book a guided tour through the dedicated site!