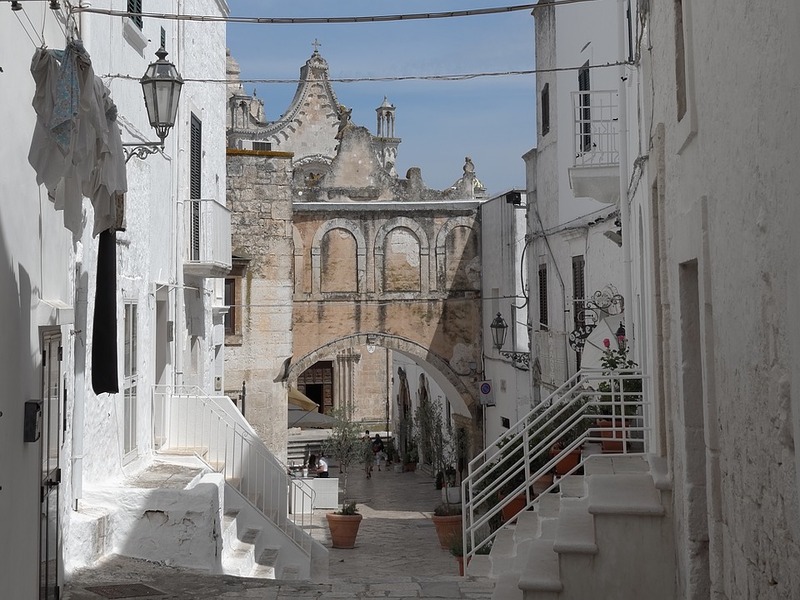 Apulia and Salento among the most beautiful places in the world

Apulia, from “Apulia” and “Japigia“, would literally indicate the Apulians (Gr. Japigi), but emotionally it can mean many things. The New York Times mentions the Puglia region in 18th place in its “52 Places to Go in 2019” ranking. Highlighted the baroque architecture, the beaches of the Adriatic but also the Masseria Torre Maizza and the Castle of Ugento. We will try to tell you in this article a pinch of the beauty of Puglia.

The Apulia region, the limed cities and the olive groves

Cesare Brandi in his presentation to the book Puglia of Editalia – Edizioni d’Italia, writes: “I had been many times in Apulia, since I had been there the first time in ’35 or in ’36 […]. I had returned by plane and then I was struck by the appearance of Apulia seeing it from above […]. I had an impression of it as an abstract painting, so flat and edged by the sea did not resemble any part of Italy […]. Spring is a season of light […] and light comes from the sea more than from the sun. Rosy and transparent envelops things […].

Spring, in Apulia, is an endless dawn. In the countryside the almond trees are wedding dresses and are intimidated among the olive trees, so dark and almost ravenish. Neither almond nor olive trees cast a shadow, the rays pass through them and the shadow unravels like sugar in water […]. Then, in summer, the light is like that of rockets, the night: it is a celestial explosion and roasts alive. And the starry nights heal the light “.

When we talk about Apulia we cannot fail to mention the king of kings Frederick II. He was born on 26 December 1194 in Jesi. Son of Henry VI and Constance of Altavilla, an undisputed character with an intriguing personality. Elected king for the third time by the German princes in 1212 in Frankfurt, he was always crowned that year in the cathedral of Mainz. Passionate hunter and man of strong intellectual curiosity, respectful of religious minorities, the king was rich in facets. The enigmatic work of Federico II is Castel del Monte, one of the most popular tourist attractions in the Apulia region. But what is the peculiarity that fascinates tourists the most?

“It is Castel del Monte itself and the esoteric tales that have found so much luck on it” says Angelo Minenna – president of the Association of Guides and Tour Guides of Apulia Agap – “A more educated public, on the other hand, in my opinion is fascinated by something else, like the Fibonacci sequence in its architecture. The most representative king of the region was certainly Frederick II of Swabia. Although – according to recent historical publications – he spent little time in Apulia and more in Sicily and Germany».

We arrive in a tangle of alleys with white houses: there is the sun, it’s hot and the lime reflects the light of day. They look like cream. The light of the Apulia region, which then becomes the glow of the immense and caramelized night of stars. We look around us: there is silence, an eternal pact between peace and wonder. It is Ostuni, a white city, a confetto lying on the hills and surrounded by the blue sea and the creeping flowers that soft unroll down from the balconies.

It is as ethereal as it is made of earth: the expanses of olive trees that can be admired looking upwards recall the hands of farmers and the smell of olive oil spread on slices of Apulia bread. In Ostuni there is the Museum of pre-classical civilizations of the Southern Murgia. Inside, skilled guides like Giusy Errico, accompanying the discovery of the “mother of Ostuni“, the oldest woman in the world who lived about 28,000 years ago.

Ugento, its beaches and its mysteries

Ugento in Salento is among the favorite destinations of Italians on the go, according to estimates by recent surveys. A city of enigmatic charm, Ugento reveals its essence in the mystery of Terenzano, of which Angelo Minenna tells us: «It is a megalithic monument that is excavated inside and under the rocky terrain of the homonymous Masseria, which is located close to of Torre San Giovanni. It is a truncated cone-shaped construction, perhaps with a cultic function, perhaps a wolf trap. I like to think of it as a token of love from an auxiliary princess to Telemachus, son of Ulysses».

“A French abbot of the ‘600, Fenelòn, tells that Telemachus, in one of his travels in search of his father, finds hospitality in Ugento, at the time inhabited by the Ausoni. Here he loves a girl, daughter of the local king, but he has to get back on the road. The two promise to get married and do it in a place where the Ausonic princess had chosen to erect a monument to their eternal love. Telemachus does not return to Ugento. The princess awaits him until his death. And the mystery is still there, telling us this sad story ».
Thanks to Pino Marchisella photographer for the photos.