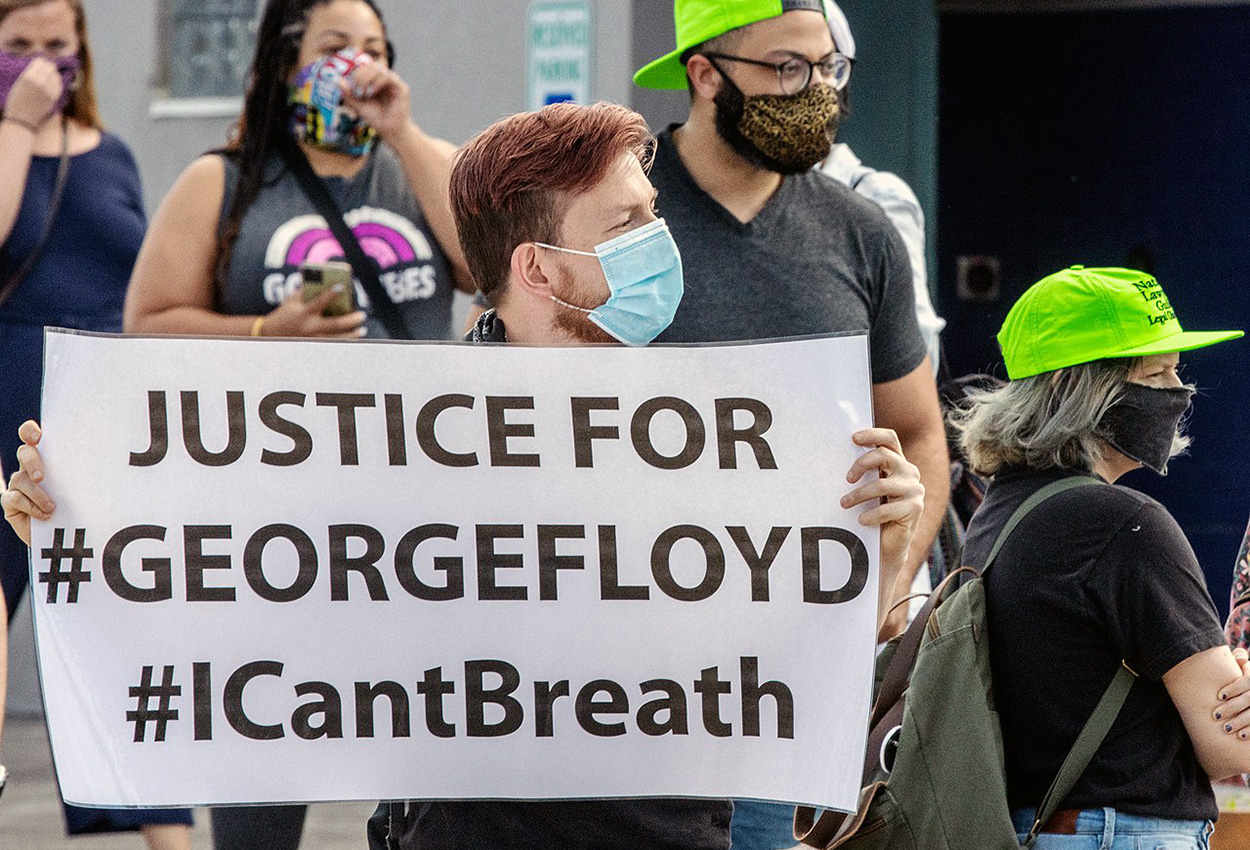 Rome and Milan in the square, even Italy kneels down for George Floyd

Eight minutes and 46 seconds on bended knees. Those eight minutes and 46 seconds that remember the time when George Floyd, the 46-year-old African American, was crushed by the knee of the agent who killed him. And they have become the symbol of the protests that are spreading from America to many other countries. To say no to any form of discrimination and racism. Even Italy kneels down for George Floyd. In the past weekend manifestations in the square in Rome and Milan, with the participation of many people from the show business.

Italy kneels down against racism

The mobilization that takes its name from the slogan “Blacklivesmatter”, which musician Gabriele Ciampi has also joined, has seen a great adhesion in Italy. In Rome, thousands people, despite the provisions on social distancing, took part in the event. Wearing masks they shouted “I can’t breathe” and other slogans in the square to say no to racism. In Piazza del Popolo in Rome there were many families, many young people. And many slogans such as “No justice, no peace”, “Defund the police”, “fuck racism”.

Milan too kneels down

And the protest also extended to Milan, to remember George Floyd. Despite the bad weather, the Lombard capital responded with many marchers. Among them also Fedez, Chiara Ferragni and Mahmood in Piazza Duca d’Aosta. Italy kneels down in many regions to shout dissent over what is going on overseas.

Among the slogans and banners on the streets of Milan the words “No justice, no peace”, “White silence is violence”, “Racism is the worst virus”, “Italy is not innocent”. And during the event, the “Abba Vive” association read a list of names and stories of black people killed by racism in Italy. “A list – the association explains – is neither complete nor exhaustive: it is the beginning of a necessary memory process”. There is also room for many testimonies, men and women who have suffered racist insults. And then the most significant moment: those 8 minutes and 46 seconds on their knees in memory of that dramatic moment experienced by the 46-year-old from Minneapolis.

Many other Italian cities have joined in this global protest. Manifestation also in Turin. In fact there are many cities in Northern Italy where many immigrants live, many of them Italian citizens who unfortunately still continue to suffer abuse and insults for their skin color. If racism in America is manifested by violent episodes, which often end tragically, in Italy there are still many people who suffer in silence. A climate of hatred that is not good for an entire community, which tries to defend foreigners, but which unfortunately still manifests fear and distrust towards the foreigner.