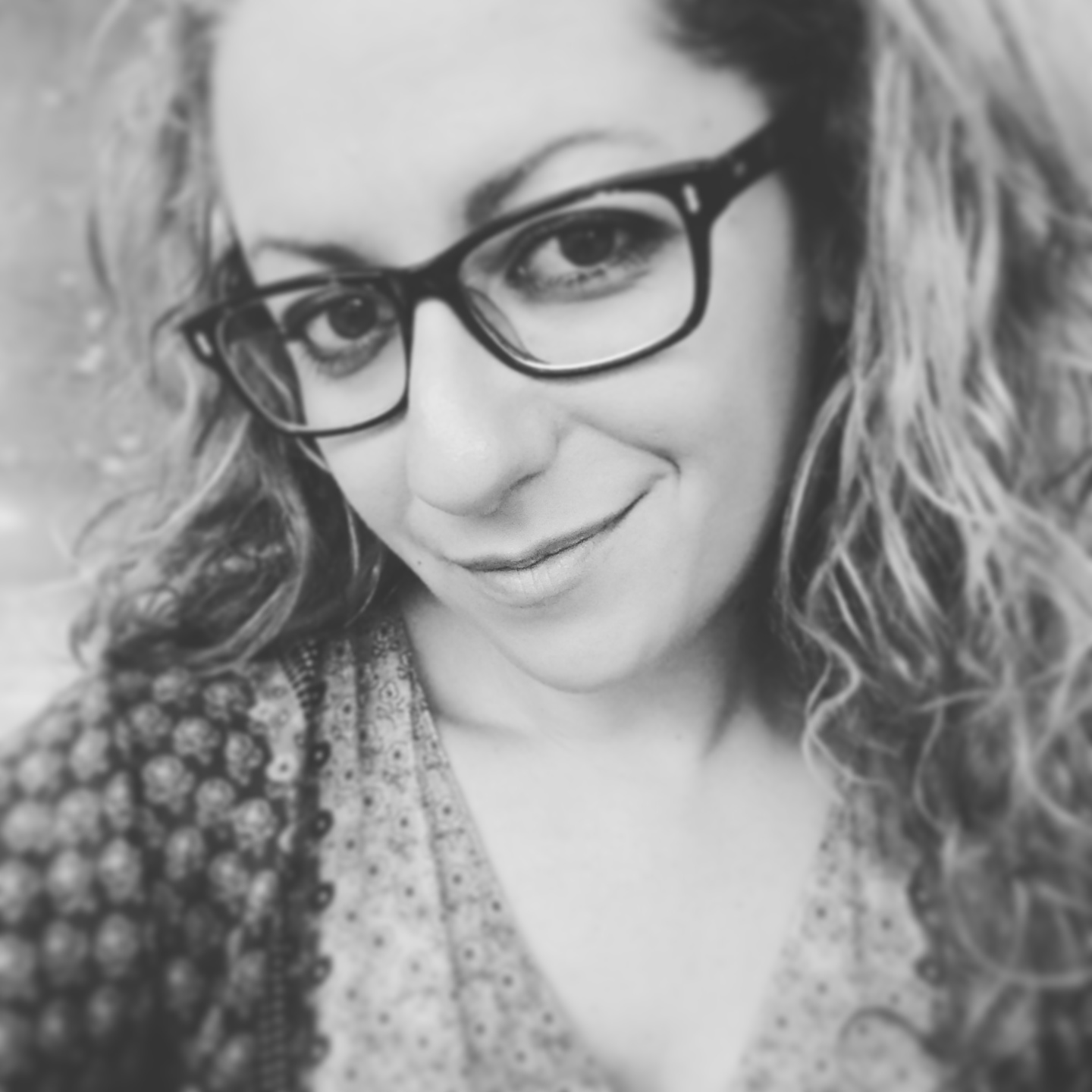 Rosanna Bonasia, researcher in Mexico City, with nostalgia for Italy

Rosanna Bonasia, 43, is a researcher and teacher in Mexico City. She deals with physical volcanology, calculation of volcanic risk, analysis and calculation of the risk of river floods. She comes from Bitonto (Bari), she has a degree in Geological Sciences. Since 2010 she has carried out research in Mexico, after previous experience at the National Institute of Geophysics and Volcanology, Vesuvian Observatory section, in Naples.

Rosanna belongs to that category of Italians to be proud of. She didn’t found the right opportunity to assert herself professionally in her own country and not to risk remaining precarious for life, reluctantly, decided to follow a different path. Rosanna is one of those precious researchers that Italy should reward and not lose, as unfortunately happens more and more frequently. Today, she can finally be satisfied with having achieved the deserved result: the chair at the National Polytechnic Institute of Mexico City, and the presidency of the División de Dinámica de Fluidos de la Sociedad Mexicana de Física.

Daughter of two professors, Rosanna has had a great passion for science since she was a child, so much so that at university she would like to study physics or chemistry. Conditioned by her parents who don’t want the only working alternative for her future was to be a teacher, she chooses to enroll in Geological Sciences, at the University of Bari. Geology not so stimulating for her, she begins to become passionate about volcanology and its relationship with fluid mechanics. She is particularly interested in the social aspect of the matter: volcanic risk and damage prevention. In 2002, she graduated and began her doctorate in Bari.

Meanwhile, she obtained a master’s degree in Tor Vergata (Rome). In 2008 the first research grant arrives at the Ingv in Naples, which expires in 2010 with no possibility of negotiation. From then on, Rosanna begins to think about leaving Italy. A proposal comes from Mexico: it is a scholarship. Away from home, a fluctuating period begins for her, in which the temporary contracts follow one another and the difficulties are not lacking with the same research colleagues. Finally, in 2013, the long-awaited result arrives. Rosanna obtains a professorship at the National Polytechnic Institute of Mexico City, in the faculty of civil engineering. Forced to put aside volcanology, she joined the Mexican Physical Society, fulfilling her dream as a young girl. But Italy’s nostalgia remains strong in her. She would like to return, but she knows that this would mean having to accept a temporary contract, without guarantees for the future.

In this interview, Rosanna talks to us about the problems faced by Italian researchers, of her life, of her family and of the difficulties she experienced to get to where she is today.

Doctor, what is missing in Italian research?

That it is given the importance it deserves. Italy has trained generations of top-level researchers in all fields of science. For centuries it has had universities and scientific academies envied from all over the world. Until recently, the academic preparation of those who trained in Italy has been complete and rigorous, to the point that Italian researchers have always been in demand and welcome abroad. Unfortunately, however, all these trends have changed over the past twenty years.

What exactly has changed?

University regulations have changed, which have certainly lowered the level of preparation of students. Research funding has become increasingly poor and, in some institutions, non-existent for a long time. Italian researchers live a precarious life. They are asked to produce more and more in view of a permanent position, with the frustration of never seeing it as a permanent position, because universities are “not very virtuous” and they have no money.

“Italy has ceased to give importance to research”

Italy has ceased to give importance to research and this is reflected in the fact that no one no longer comes to research in Italy, rather it is the Italian scholars who leave. And Italy continues to have top-class researchers, who unfortunately remain in the shadows. They are not given the proper recognition and importance they deserve. Paradoxically, we hear more about those who, like me, are out of the country, those who continue to work in frustrating conditions in Italy, who still continue to produce high-level research.

How is your working day?

Generally, I mean, until coronavirus had come to upset everyone’s lives, I used to in the office at 9 am. I spent the first few hours mainly studying to advance in my research. Then, I used to receive my undergraduates and, two times a week I used to teach in a presidential form. Half an hour to eat sitting at my desk and, immediately, in the afternoon, I devoted myself to the practical part of my work: numerical simulations, drafting of scientific articles, meetings with the teaching staff. I have been the president of the División de Dinámica de Fluidos de la Sociedad Mexicana de Física for a year and vice president of the Association of Italian Researchers in Mexico (Arim) for 3 years. So, before going home, I dedicated myself to answering the emails of the associations I managed and organizing scientific events together with the collaborators of the board of directors.

Rosanna Bonasia tells about the pandemic in Mexico

How is the coronavirus emergency going through?

This period has been and continues to be difficult. We have been at home in Mexico, at least we researchers, since March. I did online lessons until the end of the semester and tried to keep the pace I had before the quarantine. I tried to keep the interest of my students alive, who like me lived through very difficult moments, because relatives or friends got sick, and because they could not manage emotionally the new situation they were experiencing. But we have done it so far. Personally, staying at home has allowed me to advance with research and scientific disclosure commitments that before I had to leave a little aside due to time constraints. However, I don’t hide that there are days when the quarantine constraints are felt stronger, and the only thing I do is lie on the sofa and watch netflix.

What did Mexico give you?

Mexico, first of all, gave me the opportunity to continue working when, having finished my first research grant in Italy, I had no alternative. My professional career in Mexico, however, has not been easy. Here too I have experienced injustices and I have been faced with many obstacles. But it is a country that is growing and, despite the various obstacles that I have faced, I have always been able to continue working. Currently I don’t have a permanent job yet, but I have been a professor at a Polytechnic since I was 38, which is saying something.

With Italy in the heart

What do you miss about Italy?

My family and my lifelong friends. But I try to go back to Italy at least twice a year (pandemics permitting) and talk to my family more than once a day. Perhaps I lack recognition from my country for the work I do. Sometimes I think I could have done it well in Italy, but then I think there are many categories of Italian workers who are forgotten and who live far more complicated situations than mine, and I realize that I’m lucky.

Of course! But under the conditions I am entitled to. Probably ten years ago, when I arrived in Mexico, a scholarship from Italy would have made me happy. Now, with the titles that I have acquired, the experience and all the work done, I would return with a contract similar to what I have here. With guarantees for my future. I think these are the expectations of many researchers, even those who remained in Italy.

Would you like to tell us about your family?

My mother is a retired philosophy professor and my father is a surveyor. He has been a professor and vice principal of a middle school in a country close to mine for many years. He continues to work as a surveyor in the civil engineering office that runs my brother, who is an engineer. We are a close-knit family and, for this reason, I believe that even now, after ten years, they have not completely resigned themselves to keeping me away from home. But they are also people who have never hindered me in my choices and I think they feel proud of the results that I have achieved by staying away.

Do you have any regrets?

I think the only regret I have is that I probably made my parents suffer from my distance, but I’m glad to see how they fill themselves with pride when I publish a new article or when I am nominated for an award. I hope this can somehow compensate for the idea of still having me far away. 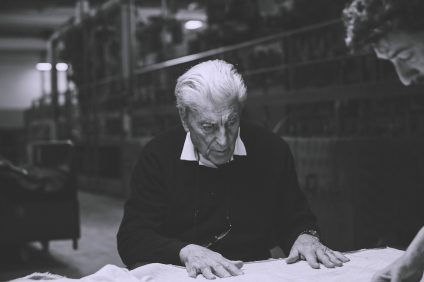