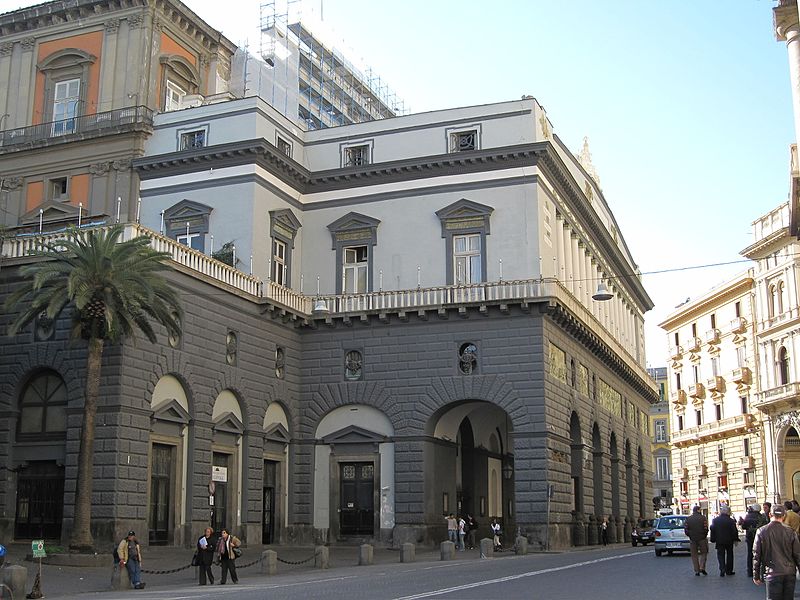 That Naples – according to the Telegraph “most beautiful city in Italy” – was always a haven of culture as well as of humanity is well known. The capital of Campania preceded important realities in some aspects of social evolution. The San Carlo Theater, for example, is one of those signs of the Neapolitan avant-garde.

The San Carlo of Naples precedes the imaginative Fenice of Venice and the imposing Scala di Milano of almost fifty years. Completed in 1737, it is a frieze of the royal power of Charles III of Spain, a worthy exponent of the Bourbon family. With him there will be a flourishing period. The wickedness of the Polish succession war that had brought him only a few years before to the throne of the Kingdoms of Naples and Sicily, until 1734 submitted to the Austrian domination will be overcome.

Because of his rare political capacity to revive “his” societies, he will be remembered as the Illuminated Monarch. Thanks to him, among other things, a rationalization of legislation (combining a labyrinth of rules that had at least 11 layers of as many influences), the reorganization of the judiciary and a tax reform.

To make the beautiful Naples a lady adorned with every rich status symbol Carlo III will give impetus to excellent works. Even today, these still today motivate the vanity of Campania, as beautiful as few other territories. The Royal Palace of Caserta, for example, which rivals that of Versailles but also the hotels of the Poor in Naples and Palermo. The interest in archaeological discoveries brought to light by Weber in Pompeii and Herculaneum is fundamental.

Stendhal at the dawn of the nineteenth century will write that nothing exists that can give the faintest idea of such beauty. To date, the Teatro San Carlo, remains among the oldest opera houses still active and is among the most capacious. For what the Italian genius is and as can be seen by visiting the majestic structure, it still remains a leading element on the world stage of culture. Also in this, Naples will give some lessons to the rest of Europe, as its opera house is an example for the construction of many other European theaters.

Three centuries of activity and not feeling them

In Teatro everything is fake and nothing is false, you know. Thus, perhaps more than a few other social expressions, it is the theater that is closely linked to the truth of the groups it addresses and where it exists.
Primarily the structure was reserved for those serious representations (serious work) having relegated the comic opera to “more appropriate” venues (Teatro Mercadante, Teatro dei Fiorentini, Teatro San Bartolomeo).

If at its dawn that stage was trodden only by artists of the Neapolitan school, exponents of the conservatories of Naples, it did not take long for that fame and prestige that same stage will be a springboard for some international premieres.
During the Partenopean Revolution of 1799 it will be, for the brief period in which it will be possible to profess them, a place of promotion of the ideals of equality, freedom and brotherhood.
The fire of 1816 will not suffice to extinguish the grandeur of the San Carlo: in just over a year it will return to be magnificent as before with a second inauguration that will be an opportunity for Stendhal to praise its greatness.

Likewise, not even the two world wars of the last century and the consequent scarring have stopped this machine of wonders: after the second world war it will be the first to reopen in Italy. The evolution of the safety regulations and the necessary modernizations have involved a series of works that have followed one another up to the 80s of the last century and that have respected the original spirit of the Real Theater.