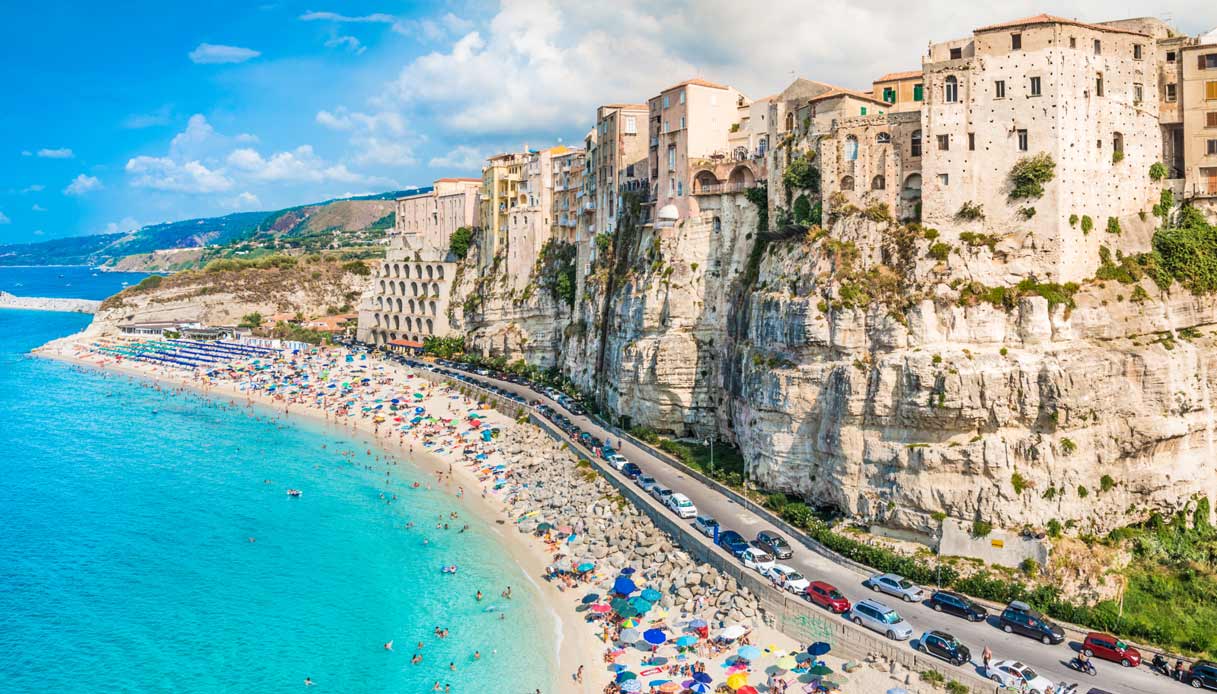 The most beautiful beaches in Italy, according to Trip Advisor

Here we are, winter – despite these days of intense cold – is now in its final stages. The beautiful season is approaching with longer days and, above all, the desire for summer. And as every year, the search for the ideal destination for our holidays begins. Trip Advisor, specialized in reviewing everything now, has compiled its own ranking: the Trip Advisor Travelers’ Choice Beaches Awards 2019 (if you read it all in one go we give you a prize). Here, according to its users, the three most beautiful beaches in Italy!

The beaches of Tropea

On the lowest step of the podium we find the beach (or rather the beaches) of Tropea, a charming town in the province of Vibo Valentia. Also known as the Pearl of the Tyrrhenian Sea, it offers a simply spectacular coast. Like most of the Calabrian beaches, it has impressive cliffs that plunge into the sea. But the one that attracts most are undoubtedly its white beaches of fine sand worthy of the most famous tropical destinations. All this beauty attracts thousands of people from all over the world every year, as well as awards from industry experts. For the Sunday Times, for example, Tropea is one of the 20 most beautiful beaches in Europe. In addition to the artistic wonders (of which we have spoken here), you cannot deny yourself a day on the Roccette del Mare (also known as Spiaggia della Rotonda), a tour of the Blue Grotto or a dip from the Cannon Beach. This is just to mention a few places.

In second place is the Cala Rossa beach in Favignana, a small island belonging to the Egadi archipelago, in Sicily. It is a corner of paradise set among the ancient tuff quarries. The landscape is characterized mainly by several cliffs, capable of giving a unique panorama to the world. Despite the lack of sandy beaches, relaxing is still possible thanks to its flat rocks, which in fact make it easy to access for young and old.
But why Cala Rossa? The name refers to a bloody battle consumed in 241 BC between the Romans and the Carthaginians, in what was one of the first battles of the Punic Wars. The Romans won the victory, but the toll of spilled blood (on both sides) was such as to make it a “bitter” victory. It is said that the waters and rocks became red for days. Hence the name Cala Rossa.

The Isola dei Conigli: pearl of the Mediterranean

For the first place we stay in Sicily, but let’s move further south. Near Lampedusa to be exact, where you can find one of the most beautiful beaches in the world. We are talking about the Isola dei Conigli, a true marvel immersed in the Mediterranean. The crystalline water (of the one that allows you to see even the details of the toenails), its fauna and its coast are one of the greatest expressions of Mother Nature’s art. The island in front of the beach is uninhabited by man, but there are hundreds of different species of animals that live there undisturbed. These include the herring gull and the striped lizard. But the rabbits?

Although the name of the island refers to a place populated by thousands of Bugs Bunny eating carrots, you will not find rabbits. This name reads, for the first time, in a map by Admiral Smith in 1824: Rabit Island. In later cartographies this name began to be used, translating it into Rabbit Island. However that rabit seems to derive from an Arabic term, which we can translate into a link. The reason? A small strip of land that occasionally resurfaces from the sea connecting the island with Lampedusa.